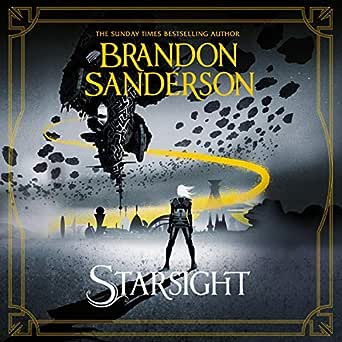 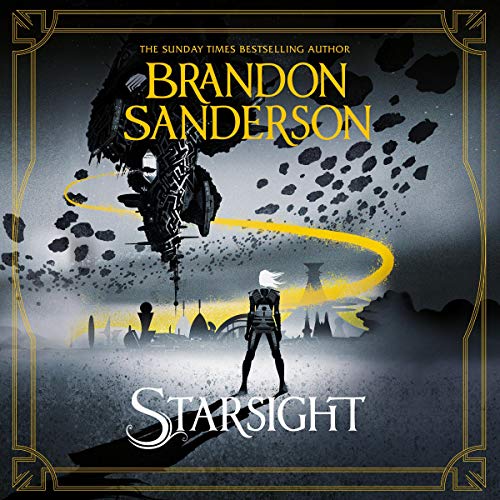 4.7 out of 5 stars
4.7 out of 5
3,555 global ratings
How are ratings calculated?
To calculate the overall star rating and percentage breakdown by star, we don’t use a simple average. Instead, our system considers things like how recent a review is and if the reviewer bought the item on Amazon. It also analyses reviews to verify trustworthiness.

Jennifer Berry
4.0 out of 5 stars Love yet another of this authors books.
Reviewed in Australia on 9 July 2020
Verified Purchase
I have to admit I am a Sanderson junkie. So if you take issue with any of his previous reads maybe my comments don't apply to you but I loved this book. It did go a direction I wasn't expecting and I had to fight the urge to be disappointed, but it was still enormously entertaining AND of course has me now counting the days until the final book in this series is released.
Brandon continues to outdo himself and I love the more sci-fi than fantasy genre. My greatest hope when I go looking for a book is an new and awesome sci-fi. This fits series fits the bill.
Read more
Helpful
Report abuse

Ben
5.0 out of 5 stars Even better than the first book
Reviewed in Australia on 7 November 2020
Verified Purchase
It’s great to read science fiction that is not all about horror, is not overly far-fetched, and is an easy, entertaining read.

This book takes the original and expands the universe significantly, giving the reader the bigger picture in satisfying chunks without drawing questions and mysteries out unnecessarily.

StormyJo
5.0 out of 5 stars Can't put it down kind of story!
Reviewed in Australia on 30 November 2019
Verified Purchase
M-bot is the only AI I ever want, it's great watching him grow. The different aliens are all amazingly imagined. I never did like crabs much.... the best read but one hell of a cliff hanger... I was so engrossed that it hit me like a hammer.
Read more
Helpful
Report abuse

Shella
2.0 out of 5 stars The first one was better
Reviewed in Australia on 5 October 2020
Verified Purchase
I really enjoyed the first book, the second book had a completely different feel. There wasn’t any great urgency in the book till the end.
Read more
Helpful
Report abuse

Charlie
5.0 out of 5 stars Absolutely fantastic
Reviewed in Australia on 31 March 2020
Verified Purchase
Another phenomenal book by one of the greatest authors to have ever lived. Well worth a read if you like amazing world-building and scintillating storytelling.
Read more
Helpful
Report abuse

Ken
5.0 out of 5 stars Another great Brandon Sanderson read!!
Reviewed in Australia on 27 November 2019
Verified Purchase
The storyline continues seamlessly and expands in interesting ways. The ONLY problem with this book is I have to wait months for the third book of the series. Loved it!!
Read more
Helpful
Report abuse

Kindle Customer
5.0 out of 5 stars Incredible story.
Reviewed in Australia on 17 January 2021
Verified Purchase
Absolute page turner. Definitely a book you won't put down once starting. Brandon at his best here and I can't wait to read the next one.
Read more
Helpful
Report abuse

K. G. A. Alavi
5.0 out of 5 stars A hero does not choose their trails
Reviewed in the United Kingdom on 17 February 2020
Verified Purchase
A great sequel. Nah a great book by any standards. A lot has changed in the last 6 months. The right people are in charge of the humans Spensa has gotten the notoriety she deserves but is obsessed with not only craving battle but unlocking the power within her to save her people.

In this story she is once again thrown out of her comfort zone and into a mission that sounds like suicide on every front. Of course she never backs down.

"A hero does not choose her trails".

What does make her such a great hero is dispite her own self doubts her courage always manages to inspire others. Her determination to overcome is amazing like the first book there are many obstacles for her to overcome especially in the bigger universe.

A great story as soon as I finished it I wanted to read the next book. I can't wait to see what happens next.
Read more
4 people found this helpful
Report abuse

Jim J-R
4.0 out of 5 stars Good, but not as captivating as I've come to expect
Reviewed in the United Kingdom on 10 February 2020
Verified Purchase
The second novel of Spensa, a woman who has grown up on humanity’s last refuge, and become a pilot to help defend her world. Starlight starts without an obvious direction to go in - the plot of the first novel, while leaving space for the sequel, didn’t make the onward path obvious.

So I was happy to find that Sanderson has found a way to advance the plot, and of course his all-important worldbuilding, without dramatically shifting the tone of the narrative. We’re still aligned with Spensa, exploring an unfamiliar environment, learning so much, and facing an even bigger threat than before.

I didn’t find the novel as captivating as I had expected though. It’s not non-captivating, just not to the level I have come to expect from Sanderson’s novels. There are evident similarities between the style of the narrative here with his previous young adult novels, but it’s clearly grown since Alcatraz into something I can at least engage with without being put off.

What I loved the most about this novel is the worldbuilding - that Sanderson is taking all the little seeds that he planted in the first book and growing them into surprising new directions, that either make you feel a bit dumb for not seeing where it was going, or make you rethink your understanding, or just make you go wow.
Read more
2 people found this helpful
Report abuse

Asia Bartler
5.0 out of 5 stars If you like Sanderson, you’ll love this
Reviewed in the United Kingdom on 22 December 2019
Verified Purchase
As a fan of Sanderson I can’t quibble over the quality for this target audience (and at 36 I really am not his TA for this series). I could just write ‘he’s done it again’ and be done with it. Yes, there’s excellent world building, interesting characters and a plot line that just keeps you turning those pages...just as you’d expect in any of his series, but it’s the very humanity he so skilfully embroils into a world that is not quite human that enables you to feel every frustration and every plight and keeps you reading. There’s something very human in the characters, whether they’re actually human or not, that makes you feel you’re discovering something together. And that is the power of a great story teller.
Read more
2 people found this helpful
Report abuse

Luke
5.0 out of 5 stars Obsessed with this series
Reviewed in the United Kingdom on 27 March 2020
Verified Purchase
As my title says. I love the characters, I love the writing, I love that every chapter is filled with action and intrigue. My favourite character didn't feature quite as much (M-Bot) as I'd have liked and he appeared to have a little bit of an existential crisis, but I guess it made their character a little more in-depth.

The story takes place in a much larger expanse and introduces you to some great new characters and species that made it feel like it has far more longevity and possibility for other sub-stories. Can't wait for the next one!
Read more
One person found this helpful
Report abuse

A. Fleming
4.0 out of 5 stars Disappointed when it ended
Reviewed in the United Kingdom on 19 December 2019
Verified Purchase
I wish I had waited for the entire series to be ended before I even bought the first book. I wouldn't quite give the book a five but it really was very good. It zipped along, didn't sag and gave me what I wanted, which was a few hours of pleasant fantasy. It's probably written for the younger audience but I loved it.
Read more
2 people found this helpful
Report abuse
See all reviews
Back to top
Get to Know Us
Make Money with Us
Let Us Help You
And don't forget:
© 1996-2021, Amazon.com, Inc. or its affiliates