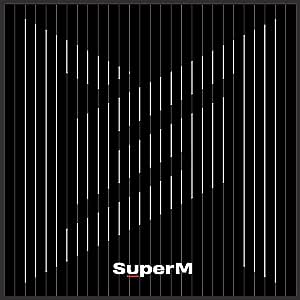 Secure transaction
Your transaction is secure
We work hard to protect your security and privacy. Our payment security system encrypts your information during transmission. We don’t share your credit card details with third-party sellers, and we don’t sell your information to others. Learn more
Details
Ships from
Amazon AU
Sold by
Amazon AU

SuperM's 1st mini album, SuperM will be released. M stands for MATRIX & MASTER, implies the Super synergy of the members. The album features total 5 songs, filled with music and performance highlighting their dance, vocal, and rap skills. The album includes 1 booklet (80p), 1 folded group poster (initial print only), and 1 random card (total 14 types). This is an official release from SM Entertainment and Capitol Records, and will count towards Billboard and Gaon charts.

4.8 out of 5 stars
4.8 out of 5
1,025 global ratings
How are ratings calculated?
To calculate the overall star rating and percentage breakdown by star, we don’t use a simple average. Instead, our system considers things like how recent a review is and if the reviewer bought the item on Amazon. It also analyses reviews to verify trustworthiness.

diamond438
5.0 out of 5 stars What to expect...
Reviewed in Australia on 28 January 2021
Verified Purchase
First album purchase. Already like most of the songs I've heard, and thought it would be a good introduction to this genre of music. Was not disappointed. Relieved everything arrived safely. First photo card was Kai, with a B&W group poster. Thumbs up.
Read more
Helpful
Report abuse

Karyn Lindner
5.0 out of 5 stars album came as expected
Reviewed in Australia on 2 December 2019
Verified Purchase
Best fricking album ever! Pulled the legend mark for the photocard, delivery was slightly slow, but that's understandable bc I think it was coming from far away.
Read more
One person found this helpful
Helpful
Report abuse

K
5.0 out of 5 stars Great!
Reviewed in Australia on 21 August 2020
Verified Purchase
Came in quickly and was perfect! Love it so much!
Read more
Helpful
Report abuse

OJG
5.0 out of 5 stars 'Cause when we jumping and popping, we jopping!
Reviewed in the United Kingdom on 25 November 2019
Verified Purchase
The formation of SuperM is something I find fascinating. When the supergroup was announced, comprising of SHINee's Taemin, EXO's Baekhyun and Kai, NCT's Taeyong and Mark, and WayV's Ten and Lucas, you'd have thought that the response would be ecstatic. The most popular of SM's artists joining up into a new group! Fans' favourites working together! Boy, was I naïve. Soon after their announcement I remember social media being filled with scorn and disdain for the new group. Dozens of obnoxious "hot takes" about how SuperM was a desperate attempt to rival BTS (if your reaction to that was "What the hell?" then join the club my friend). Loads of "No thanks, sis", "Anyway, stream X" or #SuperMDisbandParty being thrown around before the group had even done anything. You forget how privileged some hardcore K-Pop fans act towards these things. As a fan of SHINee, EXO, NCT and WayV, I was excited. I wasn't without some of my own worries - while I love SM's artists, the company itself has a much more hit-and-miss record and there is ground to the argument that SuperM is primarily a moneymaking exercise. I also wasn't keen on the fact that the group was only being promoted in America, but I digress. When the album was released and promotions began, many of these entitled "fans" suddenly started to disappear and … I don't know, actually give them a chance? People who'd been calling for the group's blood were suddenly in love with them. Who would have guessed? And so we have SuperM's first mini-album. The album itself has seven tracks, and comes with a photobook and random photocard (I got Taeyong!). The songs included are:

1) Jopping - Debuting in America with a song called Jopping is a brave thing to do. Mainly because no-one actually knew what Jopping meant before this was released, and has the potential to sound silly to your average listener (although if you're a K-Pop veteran, by now having a song called Jopping is pretty standard stuff). The song itself is bold, triumphant and sounds suitably epic. It gets you hyped and showcases each member's talents (I've got to give a shout-out to Baekhyun's high note)
2) I Can't Stand The Rain - I don't have a clear-cut favourite from this mini-album, but I Can't Stand The Rain is definitely up there as one of my favourites. Like Jopping, there's an epic and dramatic quality to this track with great instrumentation, tight choruses and top-notch vocals.
3) 2 Fast - An ironic title given that 2 Fast starts off pretty chilled and relaxed. It does however speed up during the chorus. Beyond that there isn't much for me to say about 2 Fast. It's a reliable listen but there isn't much more about it that stands out compared to the other tracks on the album.
4) Super Car - Some people have pointed out that each song on here sounds like it might belong to one of its members' other groups, and I can see where they're coming from with Super Car, as it does sound very much like something from NCT. It's a trippy, electronic number although it may be remembered best for omitting Mark's rap as heard in his individual teaser.
5) No Manners - Joins Jopping and I Can't Stand The Rain as one of my favourite tracks. Reading the lyrics, No Manners turns what could've easily been a sad song into something catchy and memorable. It's nice to hear so much of Ten's voice, and out of every song he's been in, this is also the most that Taeyong has caught my attention as a rapper. His segment in here is brilliant.
6) Jopping (Instrumental) - SuperM has been sold as the Avengers of K-Pop and you really get that impression from listening to the instrumental of Jopping. It blends swelling orchestral sounds with a more simple pop sound really well and is definitely worth hearing on its own.
7) I Can't Stand The Rain (Instrumental) - Another one where I'm glad to hear the instrumental on its own. The music of this one is really crisp and pleasing. It has a strength to it, and I hadn't previously picked up on the more traditional motifs scattered throughout.

Overall, SuperM's debut is a solid one. It's fair to say that they definitely achieved what they were setting out to do, and while this mini-album feels brief, I really hope to hear more from them together in the future. This is a group with potential, and as has been pointed out is made up of leading men. There's a lot of musical and artistic directions the group could take from here and this album is a solid foundation from which to begin.
Read more
7 people found this helpful
Report abuse

Amazonian
5.0 out of 5 stars Highest of praise for established idols smashing it with an epic sound.
Reviewed in the United Kingdom on 4 March 2020
Verified Purchase
I bought this in addition to my digital/streamed copy because it's so good that I wanted to support them as much as possible.
The one I went with was reasonably priced at just over a tenner for the sleeved, boxed cd with a colour photo book intergrated into the design. Nicely constructed and lots of idols to look at; which is fab.
The booklet includes lyrics separately in Korean hangul+English AND English translation. There'sno romanized version unless you look online.
With this set you also get a small poster, a little larger than A4, of the entire group and a photocard of one member (random)
Mine was Lucas, it has his pic and sig on there. Cute and nice to keep. Card is tucked into the pages so you may not find it immediately.

I'd you're a Kpop fan you may enjoy this, though I don't like all groups in the genre I absolutely can't get enough of this album. It puts me in such a great mood and I can't stop jopping.
They have a different style to others like the behemoth that is BTS. Even with members of various groups you'll find this is a sound all their own. MV is a great combo of cinematic styles.
Now I have had to kick Taemin off my top spot on my ringtones in favour of SuperM (he's part of this group too so I'm sure he won't be too upset)
Give it a go, accidentally learn some Korean in the process. The songs are mostly in English so it's not intimidating to those who don't want to think about language barriers.
Read more
Report abuse

Gray
5.0 out of 5 stars Very happy!
Reviewed in the United Kingdom on 18 December 2019
Verified Purchase
Came on time, the only situation I had was that I didn’t get a photo card. The whole album was sealed too and It wasn’t the sellers fault. So I contacted with the seller and after a month of trying to get one I finally received a photo card. Overall, no damage to the album and was perfect!
Read more
Report abuse

Hannah Mills
5.0 out of 5 stars I was apprehensive, but perfect!
Reviewed in the United Kingdom on 6 November 2019
Verified Purchase
I was really excited to get this album and when it came in the post (sooner than stated), I was super happy that it was perfect quality. It came sealed and contains the photo card and poster as well as the photo book, all in perfect condition.
Read more
2 people found this helpful
Report abuse

stan NCT
5.0 out of 5 stars Joppin
Reviewed in the United Kingdom on 11 May 2020
Verified Purchase
A bit smaller than I was expecting but still really good for the price! I pulled a Lucas photocard which I’m so happy about bc he’s my baby boy. It also came with a really nice poster. Very happy!
Read more
Report abuse
See all reviews
Back to top
Get to Know Us
Make Money with Us
Let Us Help You
And don't forget:
© 1996-2021, Amazon.com, Inc. or its affiliates