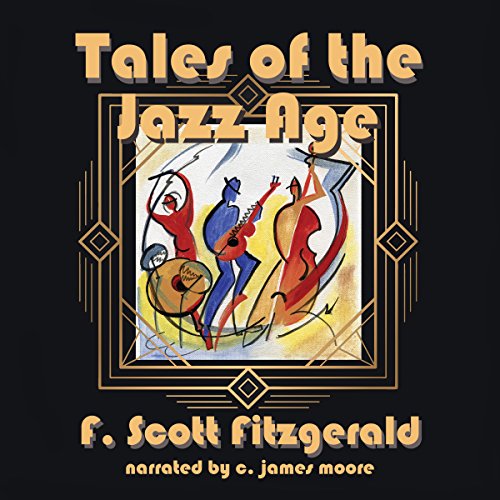 Tales of the Jazz Age

4.4 out of 5 stars
4.4 out of 5
374 global ratings
How are ratings calculated?
To calculate the overall star rating and percentage breakdown by star, we don’t use a simple average. Instead, our system considers things like how recent a review is and if the reviewer bought the item on Amazon. It also analyses reviews to verify trustworthiness.

Sue Hogan
1.0 out of 5 stars One Star
Reviewed in Australia on 11 November 2014
Verified Purchase
Cant see what the fuss has been about this guys writing. Several of his books have been dreadful
Read more
Helpful
Report abuse
See all reviews

Bm Levitan
5.0 out of 5 stars Fitzgerald short stories to amuse
Reviewed in the United Kingdom on 22 February 2021
Verified Purchase
There are some silly stories in this collection that are more there for space filling than merit (e.g. Tarquin of Cheapside, Mr Icky and Jemima) , but leaving those aside this collection has some truly brilliant stories, notably The Diamond as Big as the Ritz, The Curious Case of Benjamin Button and The Lees of Happiness. Fitzgerald’s introduction to the stories adds to the overall appeal. Overall this is an uneven but worthwhile collection, and definitely worth a read.
Read more
Report abuse

S. Devenny
4.0 out of 5 stars Need just a little bit more of the boy, F. Scott?
Reviewed in the United Kingdom on 23 March 2016
Verified Purchase
Some extra reading, only for those die hard fans! I just can't get enough and I'm guessing that's why you are searching here too.

Well, it did plug that gap... For a little while. Some of the tales are not actually very good, but it's all from the pen of our boy, FSF.

I do like the overall feeling of hot summer evenings... Drinks... Dancing... Being transported to a totally different time...

PL
5.0 out of 5 stars BOUGHT AS A GIFT.
Reviewed in the United Kingdom on 12 September 2017
Verified Purchase
Very nice binding and cover.
Read more
One person found this helpful
Report abuse

BL
5.0 out of 5 stars Noice
Reviewed in the United Kingdom on 11 February 2019
Verified Purchase
And this is way Fitzgerald became Fitzgerald. I guess.
Read more
Report abuse