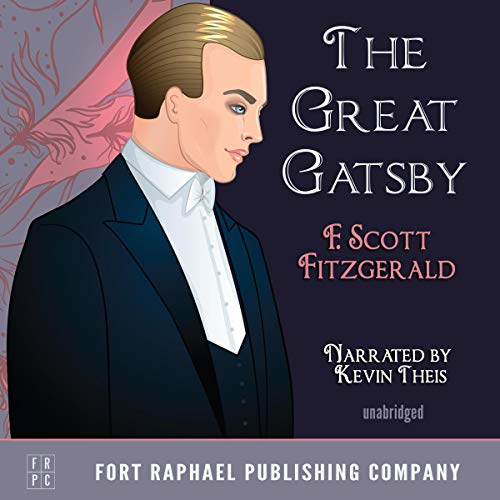 4.7 out of 5 stars
4.7 out of 5
569 global ratings
How are ratings calculated?
To calculate the overall star rating and percentage breakdown by star, we don’t use a simple average. Instead, our system considers things like how recent a review is and if the reviewer bought the item on Amazon. It also analyses reviews to verify trustworthiness.

Craig
5.0 out of 5 stars what a fantastic book club meeting last evening
Reviewed in the United Kingdom on 11 June 2017
Verified Purchase
Reviewed by Craig from The Farsley Book Club, Leeds.

Well, what a fantastic book club meeting last evening. The Great Gatsby was hailed as the greatest novel ever written and F. Scott Fitzgerald quite rightly earned his place as the finest writer of his or any other generation. It was also the first book in Farsley Book Club history to score a full house 100% approval rating!

What? What do you mean? Tell the​ truth, that was the truth wasn't​ it?

Well, a bit like Jay Gatsby himself I was a little guilty of embracing a fantasy and attempting to manipulate the outcome in my favour. It was my choice after all.

Okay, okay, let me pull the lever and flush out the lies....It wasn't exactly like that. So, let me tell it as it was old sport.

Very much described as a class book and not as many thought a die hard love story full of romance. No, this is about a man who aspires to love but is so cruelly denied.

The Gatsby parties were the stuff of legend but meant little to Gatsby himself who like a proud peacock wanted to demonstrate to Daisy (his former and would be future lover) the lofty position he had attained through less than honest ways. Surely Daisy would love him now?

This is ultimately the problem with the characters in The Great Gatsby. They are superficial, lacking in character, depth and meaning. So long as the money poured in and the champagne never ran dry they could all forget their empty miserable lives.

Oh, but the 1920s Jazz Age, the parties, I mean who wouldn't (despite the above attendees) want to be a part of the celebration? I know I would. "A Gin Ricky bartender, if you would be so kind."

Alas, the party couldn't last forever and the coming crash, depression, and the increased suicides notably by those who attended such parties are in the 1930s waiting.

It was Gatsby, the dreamer, weak and uncertain, fearful and lonely, the representation of new money and garage owner Wilson representing the working man who became the major victims of this work by Fitzgerald (not forgetting the unfortunate Myrtle Wilson). Both had humble beginnings and although Gatsby climbed the ladder of success it seemed to mean nothing without Daisy who he attempted to protect after Myrtle's own death. His most heroic act that led to nothing but separation from her permanently.

The book does suffer a terrible anticlimax with the bloody demise of Gatsby at the hands of George Wilson who in turn then takes his own life believing Gatsby to be responsible for his wife's death. Consequently the party moved on and there were few mourners at Gatsby's funeral, as one attendee at his funeral observed, "the poor son-of-a-bitch!" Nick Carraway, Gatsby's friend became the custodian of his legacy which had to have greater meaning than just his possessions and Nick attempted to inject this meaning after Gatsby's death.

I'm sure the money attached themselves to other parties seemingly getting away with drinking and dancing and forgetting poor Gatsby. They would not always get of scott free, if you'll pardon the pun.

Fitzgerald himself was familiar with this club and as a noted drunk and party animal he himself would have recognised all to well the life Gatsby and his 'friends' would have led and would also recognise the empty shells with which he mingled.

In the end, tragically, it killed him as well having suffered a fatal heart attack at the crazy age of 44. The famous wit Dorothy Parker quick to draw parallels between Fitz and Gatsby was heard to quip at his funeral, "The poor son-of-a- bitch."

It was suggested that Fitzgerald wove into his narrative a homosexual encounter between Nick and Mr. McKee at the end of Chapter 2 and this suggestion is perhaps supported by Nick's description of Tom Buchanan (Daisy's unlikable husband), his admiration for Gatsby himself and his reluctance to press for any relations with the female sex. The evidence is there and It's very difficult to argue against. Read it for yourself If you don't agree.

But, isn't that great? That Fitzgerald was prepared to weave this thread into his masterpiece demonstrates what a forward thinking writer he was. He deliberately embraced a theme that in 1925 would seem crazy and unthinkable and yet there it is. Fitz of course knew this world as he had friends of this persuasion and perhaps this nod was him acknowledging his support in a public way in a world that wasn't​ ready to accept it. I think this is a further demonstration of his greatness.

Despite a few of the collective not taking easily to Fitz's style of writing and the emptiness/shallowness of the characters the book was well received. Many prepared to read it again.

So, we can add The Great Gatsby by The Great F. Scott Fitzgerald to the Farsley Book Club Portfolio with an amazing approval rating of 72.9%.

RdC
4.0 out of 5 stars Great priced paperback
Reviewed in Canada on 22 February 2019
Verified Purchase
Great price for a paperback, but 4 stars for the slow shipping.
Read more
Report abuse

Wm. G. O'Farrell
5.0 out of 5 stars Five Stars
Reviewed in Canada on 12 April 2015
Verified Purchase
Truly amazing narration - you really want to listen to this one.
Read more
Report abuse