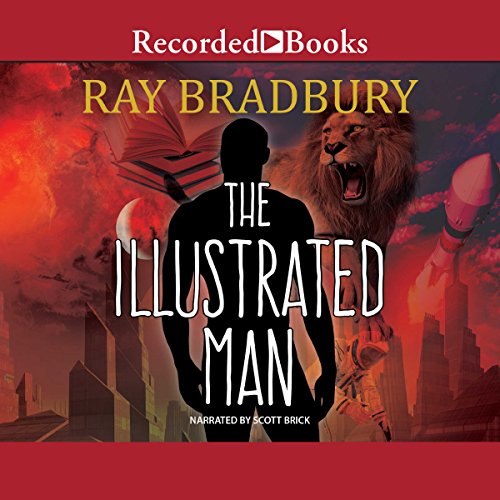 4.7 out of 5 stars
4.7 out of 5
1,657 global ratings
How are ratings calculated?
To calculate the overall star rating and percentage breakdown by star, we don’t use a simple average. Instead, our system considers things like how recent a review is and if the reviewer bought the item on Amazon. It also analyses reviews to verify trustworthiness.

Dhivyan
5.0 out of 5 stars It can get a little dark, with themes of death and murder in some stories
Reviewed in Australia on 16 September 2020
Verified Purchase
Great stories, great book, arrived in great condition
Read more
Helpful
Report abuse

Raymond Mathiesen
5.0 out of 5 stars Classic sci-fi stories, masterfully told.
Reviewed in Australia on 16 March 2017
Get ready for a fine tour of Ray Bradbury's short stories. This is his fourth book, first published in 1951. It contains many classic stories, some of which are reprinted in other books.

A traveller walks till the end of the day. He stops and makes camp. Another traveller walks over the hill and meets the first man. The newcomer is the Illustrated Man. His whole body is tattooed, but these are no ordinary illustrations: they magically move: they tell real stories: they predict the future. Read on as each illustration reveals its secret.

This is early science fiction, so be ready to give these stories a little slack. The mode of travel is rocket: not warp drive or some more modern notion. The atmosphere of Venus is habitable: not abrasively inhospitable as we now know it to be. But if you can accept these limitations and use your imagination to enter into the world Bradbury has created, accepting his rules, you will really enjoy this book.

Bradbury has a real flair for prose, and some of the passages are beautifully crafted. What is more, these are truly imaginative stories that capture something of what it is to be human, and that say something about life (even our ordinary life here on mundane twenty first century earth).

The overall mood of this book is dark, with come stories quite grime (such as 'The Veldt', 'The City' and 'Zero Hour'). 'The Concrete Mixer' is sourly, satirically humorous. Some of the stories, such as 'The Man' and "The Fire Balloons', have religious content, but they are not preachy. Rather than trying to 'save our souls', Bradbury is more interested in getting the reader to think outside the circle. The subjects range over new technology, space travel, life on other planets, alien invasions, time travel, apocalyptic ends and more. You will not be bored or feel that the book is repetitive.

The book was made into a film of the same name in 1969. That film adapted three of the stories in this book: 'The Veldt', 'The Long Rain', and 'The Last Night of the World'.

This book really was a delight to read, and I am happy to award it 5 stars.
Read more
One person found this helpful
Helpful
Report abuse
See all reviews

Mohammed Jamma
4.0 out of 5 stars Essential Sci-Fi Literature.
Reviewed in the United Kingdom on 24 February 2019
Verified Purchase
The Illustrated Man is a science fiction classic from Ray Bradbury, a favourite of the Golden Age side of the literature. Mr Bradbury highlights the tension and paranoia of the Cold War in most of the short stories of this collection. It begins and ends with the prologue and epilogue as framing devices: the unnamed narrator meets the titular character, a sideshow freak, under a starry night outside of town. The Illustrated Man then proceeds to demonstrate his power the narrator, his ability to have the tattoos covering his body come to life and tell their own stories. These are stories of first contact, estranged family men, time travellers, alien invasions, and even virtual reality (this collection was published in the 50s).

The stories are a mixed bag. Some are interesting, such as 'The Veldt' (two kids become obsessed with a VR room) and some are touching, such as 'Rocket Man' (a man becomes out or touch with his family because of his job, which involves space travel for months). And then there are some weak ones. 'The Playground', about a man who wants to protect his son from a playground that turns kids into violent monsters, was not really fitting with the other stories.

There is a dated aspect to these stories. In the quasi-horror story 'The Long Rain', the planet Venus is depicted as being constantly rainy, indicating that it saw potential for colonisation. And we know by now that it's not true.

Other things that haven't aged well include the general 'gee-whiz' attitude and vocabulary of some of the characters. Not forgetting to mention the sexist attitude of some of the male characters, an annoying writing trait from that time period. Nonetheless, for something published in the 50s, The Illustrated Man is a groundbrraking book that proved that Ray Bradbury could easily rival Asimov or Clarke in the psychological arena of the sci-fi literature. Every sci-fi and fantasy fan must have it in their library.
Read more
5 people found this helpful
Report abuse

Sinead
4.0 out of 5 stars Unique
Reviewed in the United Kingdom on 23 July 2020
Verified Purchase
These stories were captivating. It was so easy to forget that it wasn't a modern book, it really felt like it could have been written far more recently. Some really interesting moral and philosophical issues central to each story and I really enjoyed reading them. Such a unique concept, very well executed.
Read more
One person found this helpful
Report abuse

T. Alexander
4.0 out of 5 stars Sixteen dark tales
Reviewed in the United Kingdom on 7 November 2006
Verified Purchase
I originally came across this book when I had to read some of the short stories in it for school years ago I liked it then and have always wanted to go back and finish the other stories but never had the chance until recently. Each of the sixteen short stories are brought together by the preface that sets each story as a scene depicted on the body of the Illustrated Man as witnessed by a traveller he meets on the way. Each tale is usually quite dark with lots of death, betrayal and warnings about censorship and tyranny. Written in the fifties the book does give a good outlook on what people of those times thought the future would hold and it is quite fun to see what has happened and what hasn't. The tales are very well written and although they are quite short they are always good and interesting.
Read more
7 people found this helpful
Report abuse

K. Royle
4.0 out of 5 stars Good but dated
Reviewed in the United Kingdom on 19 February 2011
Verified Purchase
An interesting read, and you can see themes in the stories drawn from other works, such as Fahrenheit 451, etc.

While the "illustrated man" concept gave a slight framework to the stories, they were really quite independent stories of anything from 5-45 minutes reading (my pace, quite steady). In general, the stories themselves were dystopian and tended to rather black endings.

The stories read easily and I enjoyed them all, but they were showing their age slightly; interesting for all that and I'm sure quite innovative when first written.

Generally recommended, but I will not rush to buy other similar works.
Read more
Report abuse

Mr. S. J. Isserlis
5.0 out of 5 stars Classic SciFi
Reviewed in the United Kingdom on 4 July 2017
Verified Purchase
I first read these extraordinary tales as a teenager nearly 50 years ago. They are as fresh and challenging today as they were then!
Brilliant
Read more
5 people found this helpful
Report abuse
See all reviews
Back to top
Get to Know Us
Make Money with Us
Let Us Help You
And don't forget:
© 1996-2021, Amazon.com, Inc. or its affiliates