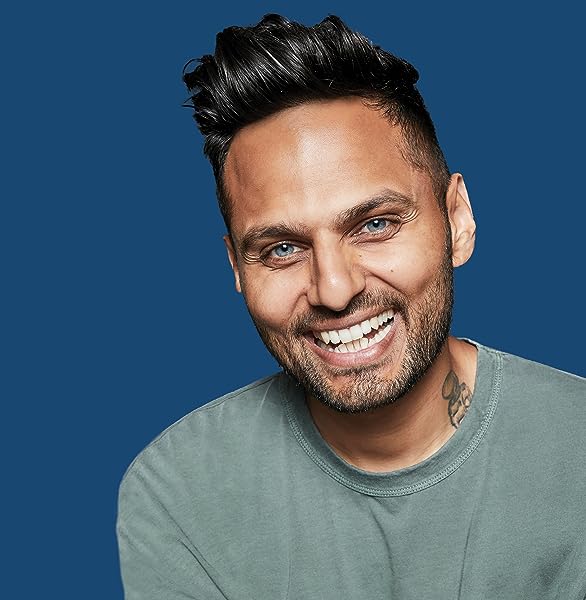 4.6 out of 5 stars 115 ratings
See all formats and editions
Sorry, there was a problem loading this page. Try again.

Page 1 of 1 Start overPage 1 of 1
Previous page
Next page
Start reading Think Like a Monk (Marathi) (Marathi Edition) on your Kindle in under a minute.

Author Jay Shetty aims to elevate us from the negativity, anxiety, and hopelessness of today’s

world in his book THINK LIKE A MONK: Train Your Mind for Peace and Purpose Every Day, to be

published by Simon and Schuster on April 14. Drawing on both Jay’s experience as a monk in a

Hindu ashram and his post-monk life as an influential thinker and spiritual guide, Think Like a

Monk distills monk wisdom into practical, everyday steps anyone can take to live a less anxious,

How can we transform our experience of life today? Jay says, “When I trained as a monk, I

us. Monks are the absolute experts in mastering their minds. I wrote THINK LIKE A MONK in

order to help everyone access the same mindset, the same thinking patterns, the same

Like his monk teachers, Jay draws from the Bhagavad Gita, a sacred Indian text based on the

Upanishads, writings from around 800-400 BCE. In a world where people are constantly looking

for answers, Jay believes the wisdom for how to find peace and purpose has been here all

Born in north London in 1987, Jay and his sister were raised in a middle-class Indian family.

Until the age of 14, Jay did well in school, stayed out of trouble and tried his best to live up to

his parents’ high expectations. But he was a shy, introverted young boy who was bullied for

being overweight and a little nerdy. When he started secondary school, things changed. He

crowd. Jay’s thrill-seeking ventures got him suspended from school more than once as he tried

to find his identity.

By the time he got to college at Cass Business School in London in 2007, Jay had shifted his

curiosity in more productive directions. He was reading autobiographies of everyone from

Malcolm X to David Beckham, driven to understand the roots of success and making a

difference in the world. Still, when a friend invited him to hear a monk give a talk, he agreed to

go only if his friend would join him at a club afterward.

That night, the monk, Gauranga Das, spoke about the principle of self-sacrifice. He talked about

how people should plant trees under whose shade they do not plan to sit. This was a

transformative moment for Jay. He’d been focused on the success of people who’d gone from

nothing to something—rags-to-riches stories—but this man had done the opposite. And yet he

appeared joyous, confident, and at peace. “He was saying that the greatest thing you can do

with your talents and your skills is to use them in the service of others,” Shetty, now 32, told

People magazine. For Jay, this was a completely new idea of success.

In the community where Jay grew up, it was expected that he would become one of three

things: a doctor, a lawyer, or a failure. When he headed to India to study with monks, his family

was convinced he had chosen option three.

Behavioral Science, Jay traded his suits for robes, shaved his head, and moved to the ashram,

where he slept on the floor and lived out of a gym locker. Half the day was spent on personal

growth, meditating for hours and studying ancient scriptures. The rest of the time was spent

In the course of his studies, Jay was amazed to observe that the wisdom of the monks was as

relevant today as it was when it was first put in writing over 3000 years ago. Then, after three

years as a monk in ashrams in London and Mumbai, one of his teachers told him that he would

with others. This advice was crushing—Jay thought he was going to be a monk for the rest of

his life. In debt, with no employable skills on his resume, he moved back home to north London

with his parents. “Everything I'd learned was tested in that moment,” Jay says of the transition.

“I had to figure out how to put everything I'd learned into practice in the real world.”

corporations—who were experiencing tremendous stress, pressure, and unhappiness, and they

invited Shetty to coach them on well-being, purpose, and mindfulness. Jay says, “Very quickly I

with others. I started small. For almost a decade I shared my thoughts on psychology,

spirituality, philosophy, and behavioral science at universities, local events, and in small groups

in London. Three years ago I moved to New York, then Los Angeles, and began to present the

wisdom and lessons I had learned from my amazing mentors and coaches online through video.

people out there like them, and it would make a difference. And it did.”

Since launching his video channel in 2016, Jay has produced over 400 videos, which have

amassed more than 6.5 billion views and gained over 34 million followers globally. In 2017, he

On his podcast, On Purpose, every Monday Jay conducts an hour long interview with a

Novak Djokovic, Khloe Kardashian, and Ray Dalio. Every Friday Jay gives his own guidance on a

topic such as procrastination, confidence, or decision-making.

The podcast, launched in 2019, received 52 million audio downloads in its first year and over

ten million views in podcast videos. It won that year’s Shorty Award for Health and Wellness.

Jay’s message has resonated with companies such as Google, L’Oreal, Facebook, Coca Cola,

HSBC, EY, Microsoft and Accenture, who have invited him to lead seminars and deliver keynotes

on finding your purpose in the workplace, well-being for the future, and digital media strategy..

himself in the “Bad Boys For Life” trailer with Will Smith and Martin Lawrence.

A MONK. In the book, Jay draws deeply from ancient wisdom, modern social science, and his

own rich experiences in the ashram to articulate a journey similar to the one he took. He guides

people step-by-step through the process of adapting to the monk mindset, first by letting go—a

cleansing to make space for growth; then by growing—reshaping your life to make decisions

with intention, purpose and confidence; and finally by giving—looking beyond yourself to

deepen gratitude and relationships. He says, “People need to go through experiences to learn,

so the book is full of practical exercises, activities, and experiments. Everything in this book is

something one can actually do in their own time at home, whether in the back of a car, on a

commute, walking the dog, or cooking.” Along the way, Jay proves that everyone can—and

Simon &amp; Schuster will publish the book in the US and Canada, and it will be published in more

“Nobody makes the timeless feel more timely than Jay does. He makes ancient wisdom, which

often comes across as abstract, so clear, so inspiring, and so practical.”

Jay lives in Los Angeles with his wife, Radhi Devlukia Shetty, a plant-based dietitian and

Ayurvedic medicine enthusiast, to whom the book is dedicated. Jay enjoys listening to Drake at

the gym and nature sounds while meditating. He’s a Manchester United fan and really admired

Cristiano Ronaldo’s work ethic and determination on the pitch. Jay and Radhi love eating at

self image to self esteem. This book could change your life and move you from the hypnosis of

social conditioning to being the creative architect of your life journey.”

“Grab this book, find a comfortable chair, and let Jay Shetty take you on a life-changing journey.

A gifted teacher, Jay guides us with warmth and clarity on a path to greater joy and purpose in

living, offering wisdom that we can put into practice right now. You will want to share it with

4.6 out of 5 stars
4.6 out of 5
115 global ratings
How are ratings calculated?
To calculate the overall star rating and percentage breakdown by star, we don’t use a simple average. Instead, our system considers things like how recent a review is and if the reviewer bought the item on Amazon. It also analyses reviews to verify trustworthiness.

Saylee
5.0 out of 5 stars Must buy, this book is magic!
Reviewed in India on 18 September 2021
Verified Purchase
I love this book, love Jay Shetty's preaching. So bought this immediately for my parents!
Read more
One person found this helpful
Report abuse

praju nirmal
5.0 out of 5 stars Specailly recommend for those who tired from their life problems
Reviewed in India on 17 July 2021
Verified Purchase
The media could not be loaded.
Amazing and life cchanging book
Read more

praju nirmal
5.0 out of 5 stars Specailly recommend for those who tired from their life problems
Reviewed in India on 17 July 2021
Amazing and life cchanging book
Images in this review