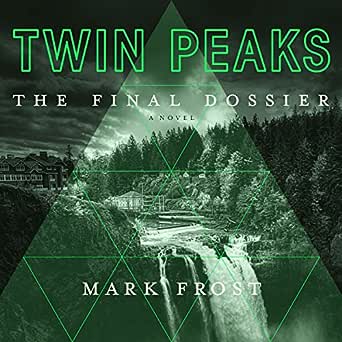 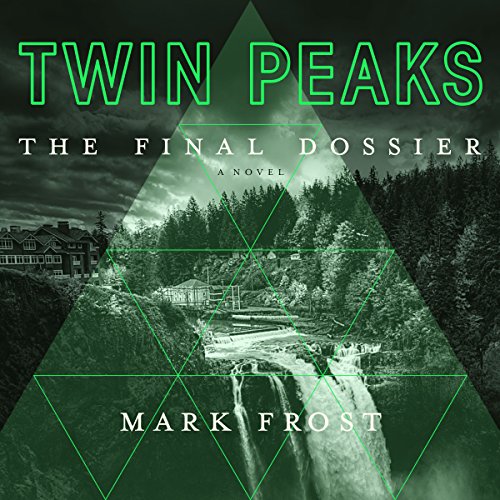 4.7 out of 5 stars
4.7 out of 5
1,097 global ratings
How are ratings calculated?
To calculate the overall star rating and percentage breakdown by star, we don’t use a simple average. Instead, our system considers things like how recent a review is and if the reviewer bought the item on Amazon. It also analyses reviews to verify trustworthiness.

Ryan Brett
5.0 out of 5 stars Excellent gap filler for the last season
Reviewed in Australia on 7 November 2017
Verified Purchase
This book is an excellent companion to the last season of twin peaks (to be watched before reading of course). It answers some important questions and serves as a kind of shock absorber for the mindfuck that was the last episode. It felt like this was Mark Frost (slightly) re-assembling David Lynch's multi dimensional cubist nightmare to facilitate a more satisfying departure from the series. I could not put this down. I am a twin peaks nerd though..
Read more
Helpful
Report abuse

Jim Pansy
3.0 out of 5 stars Okay accompaniment to the series but not essential reading
Reviewed in the United Kingdom on 3 January 2018
Verified Purchase
Anyone who is invested in the Twin Peaks universe (multiverse?) will find enough in this book to be entertained, just not for very long. It's a very slight book. The presentation is beautiful, the conceit behind it (case files written by Tamara Preston for Gordon Cole) is engaging, but it's two hours reading tops.

Each file, more or less, deals with a different character, fleshing out what happened to them between the end of season 2 and during season 3. This has the unfortunate consequence that the first 80% of the book is pure exposition - it's not a novel. It's hard to shake the suspicion that these 'files' are very likely the result of Frost and Lynch sitting down pre-Season 3 writing and nailing down their characters' backstories. Again, we know and love these characters so any information about them is of some interest but don't expect revelations.

The final few files do attempt to address the situation that Season 3 left us to ponder but again, there are no answers here just a few details and clarifications. That's not a bad thing in my opinion, I enjoy the mystery, but some might find it frustrating. Equally, some of the popular characters are given pretty short shrift in the files while other, maybe less interesting, ones get a few pages.

I didn't read the Secret History so I can't compare the two books but I was a bit disappointed with the Final Dossier. Having delighted in Season 3 of the TV series I just expected something a bit weightier, with its own purpose. This felt to me like a way to monetise something that was probably a by-product of the script development process.
Read more
4 people found this helpful
Report abuse

Clive P L Young
3.0 out of 5 stars More footnotes, really, than files
Reviewed in the United Kingdom on 16 March 2021
Verified Purchase
Although in the same format ad Frost’s previous ‘Secret History’, this is a thinner affair in all senses. While the original included interesting mock-ups of ‘authentic’ documents (files, cuttings, letters etc.) all the ‘files’ here are in the same format, tone and voice. Unfortunately, they do not read as authentic FBI quality reports, but more like footnotes to the series with elaborations on key characters and incidents up to the end of S3. The book certainly adds some depth and explanations to some of the puzzling incidents only glimpsed at in S3. Clearly the 25-year backstory was well developed (these notes may have derived from the scriptwriters’ character files) and relatively cohesive. The dossier therefore further reveals the fundamental creative tension in the show itself, between the conventional storytelling framework of Frost and the more allegorical and baroque stylings of Lynch. It is perhaps unfortunate that a better balance between the two could not be struck in S3, but Lynch clearly wanted to make a heavy symbolic point and Frost’s painstakingly constructed narrative as seen here seems to have been the victim.
Read more
Report abuse

Rebecca Louise Roberts
3.0 out of 5 stars Enjoyable
Reviewed in the United Kingdom on 2 March 2020
Verified Purchase
For fans of Twin Peaks, this summarises and ties up a few loose ends from the series. I didn't enjoy this as much as the Secret History, as it felt more like a summary of what had happened. I also feel a bit cheated, for a series, and director, who likes to leave things unexplained this felt a bit too spoonfed the plot. Enjoyable nonetheless as a fan of the series.
Read more
One person found this helpful
Report abuse

Mr. S. Carlin
3.0 out of 5 stars Hell-oh!
Reviewed in the United Kingdom on 23 December 2018
Verified Purchase
Mark Frost's previous foray into the background of Twin Peaks proved to be an interesting read. This book, on the other hand is not as good as read. The only thing that I really liked about the book was finding that my guess about the identity of the girl in Series 3, Episode 8. Other than that, the book seemed less well-thought out and more like an afterthought, a collection of rejected ideas for the first book.
Read more
Report abuse

Tiago Batista
5.0 out of 5 stars A must have for Twin Peaks lovers
Reviewed in the United Kingdom on 13 November 2017
Verified Purchase
Read it in 2 days in the evenings. It baffled me how much it reveals about the last 25 years and also about the current season. Margaret’s letter is also a tear jerker. Very different from The Secret History with more factual information and less art work
Read more
2 people found this helpful
Report abuse
See all reviews
Back to top
Get to Know Us
Make Money with Us
Let Us Help You
And don't forget:
© 1996-2021, Amazon.com, Inc. or its affiliates