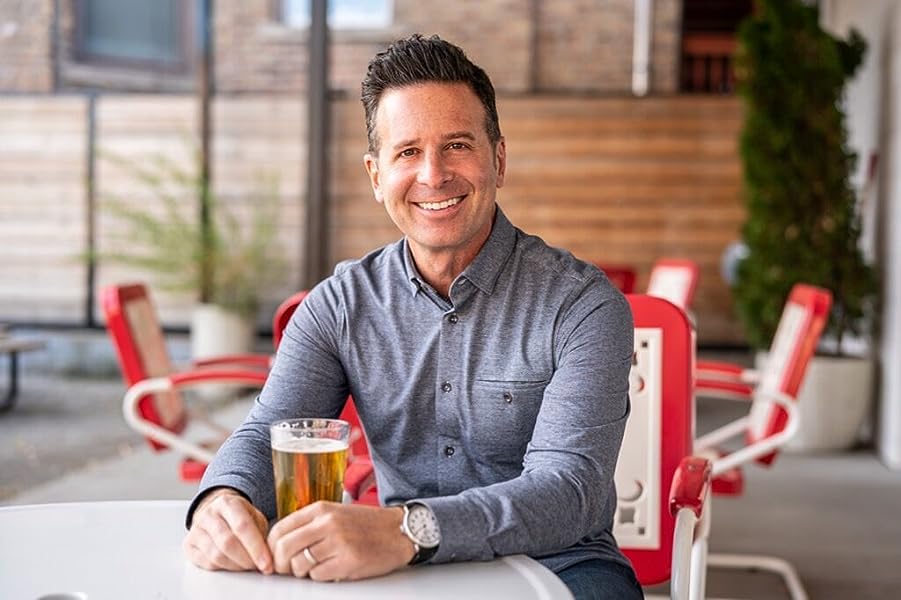 The Ultimate Chicago Pizza Guide: A History of Squares & Slices in the Windy City Paperback – 15 October 2021

by Steve Dolinsky (Author)
5.0 out of 5 stars 4 ratings
See all formats and editions
Sorry, there was a problem loading this page. Try again.
The Ultimate Chicago Pizza Guide is your comprehensive guide to the history of the styles, locales, and people that make the Windy City a prime destination for slices and pies. Most locals have strong opinions about whether thin, tavern-style, or deep-dish takes the crown, which toppings are essential, and who makes the best pie in town--and in Chicago, there's a destination for every preference. During the COVID-19 pandemic, Chicago saw an unprecedented number of new pizzerias opening their doors, very few of which focused on the proverbial deep-dish. Several high-end chefs made the pivot to pizza, and in many cases, brought new ideas and styles, like East Coast Sicilians and thin, crispy (and cheeseless) Roman pies. With so many slices to try in the city's seventy-seven neighborhoods, it would seem impossible to find the best of the best. Enter renowned food journalist Steve Dolinsky. He embarked on a memorable quest for his first book, Pizza City, USA: 101 Reasons Why Chicago Is America's Greatest Pizza Town, tasting more than 185 pizzas all over the region. For his follow-up, Dolinsky focuses on the city's pizzerias, while still honoring a few suburban stalwarts. This user-friendly guide is organized by pizza style--including thin, tavern, artisan, Neapolitan, deep-dish, stuffed, by-the-slice, Roman, and Detroit--so you can find the right recommendation for every family member, visitor, and occasion. Dolinsky highlights his favorites, offers a pizza lover's glossary so you can order like a pro, and shows you every pie he ate, so you can compare notes and cook up your next pizza night. With recipes, local beer pairings, gluten-free options, and more, The Ultimate Chicago Pizza Guide is an essential resource both for locals and for visitors in search of a serious pizza getaway.
Read more
Previous page
Next page

"Anyone can claim to be a food writer. But no one puts in the work and sweat equity like Steve Dolinsky. He's a gumshoe, historian, and friendly guide in The Ultimate Chicago Pizza Guide, the definitive mic-drop book on Chicago's most famous and infamous culinary export." --Kevin Pang of America's Test Kitchen " . . .a meticulous examination of the exemplars of nine pizza styles found within the city limits." --Mike Sula, Chicago Reader

"Steve Dolinsky dove deep inside the Chicago pizza scene and subculture to research the rich history and recent trends of the world's most favorite food, pizza. The photographs capture the pure essence of Chicago pizza. Each page tantalizes you with mouthwatering recipes and backstories that make you wish you were born a Chicagoan." --Tony Gemignani, thirteen-time World Pizza Champion

STEVE DOLINSKY is a Chicago-based food reporter. For seventeen years, he made weekly appearances on Chicago's WLS-TV (ABC 7) as the "Hungry Hound." He's contributed to Public Radio International's daily program The World, the Chicago Tribune, and Canada's Globe and Mail. Dolinsky is also the host and producer of the Pizza City podcast, cofounder of Pizza City USA Tours in Chicago, and a regional Academy Chair for The World's 50 Best Restaurants. He has won thirteen James Beard Awards for his TV, radio, and podcast work.

Steve Dolinsky has won 13 James Beard Awards for his TV and radio work. He was the Food Reporter for ABC 7 - Chicago for 17 years, where his "Hungry Hound" reports aired on newscasts every weekend, covering a range of food and drink-related topics. He is Producer & Host of "Pizza City" a bi-monthly podcast featuring the nation's greatest pizza makers, and is Founder of "Pizza City USA Tours" which operates four weekly tours in Chicago from May - October.

From 2015 - 2019, Steve was co-Creator/Host of The Feed Podcast with Chef Rick Bayless (which garnered a Beard award in 2015 for best podcast) and has written stories about food for the travel sections of the Chicago Tribune and Canada's Globe and Mail, as well as Public Radio International's "The World."

Before joining ABC 7, Steve was Executive Producer and Host of "Good Eating." The weekly, half-hour show aired on CLTV, the 24-hour cable news channel owned by The Tribune Company. He produced and hosted 52 shows per year for 8 years, garnering six Beard Awards for his work there.