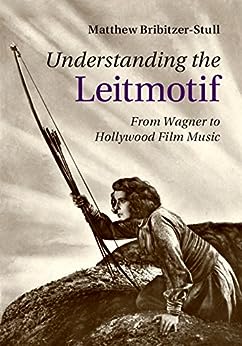 'In eloquent prose, Dr Bribitzer-Stull offers a fascinating interpretation of the structural and expressive roles of the leitmotif in Wagnerian opera and Hollywood film music. His attractive semiotic theory of associative meaning yields fundamental insights into how musical motives enhance meaning in intermedial contexts.' Robert S. Hatten, University of Texas, Austin 'Wagner, the leitmotif, and the cinema have floated near one another for a century now. Bribitizer-Stull has woven them together to fashion the first thoroughly convincing explanation of Wagnerian practice in relation to its heirs in the symphonic underscore of classical and contemporary film.' David P. Neumeyer, University of Texas, Austin --This text refers to an out of print or unavailable edition of this title.

Through analysis, Matthew Bribitzer-Stull explores the legacy of the leitmotif, from Wagner's Ring cycle to present-day Hollywood film music. --This text refers to the paperback edition.

Leitmotifs are a type of associative theme found in dramatic music. In this book, Matthew Bribitzer-Stull explores the background and development of the musical leitmotif, from Wagner and art music to the Hollywood adaptations of The Lord of The Rings and the Harry Potter series. --This text refers to the paperback edition.
Read more

5.0 out of 5 stars
5 out of 5
7 global ratings
How are ratings calculated?
To calculate the overall star rating and percentage breakdown by star, we don’t use a simple average. Instead, our system considers things like how recent a review is and if the reviewer bought the item on Amazon. It also analyses reviews to verify trustworthiness.

Sea_Chel
5.0 out of 5 stars Brilliant, well-organized.
Reviewed in the United States on 31 August 2016
Verified Purchase
Brilliant, well-organized text. Recommend to anyone interested in film music studies and/or the leitmotif.
Read more
3 people found this helpful
Report abuse
See all reviews
Back to top
Get to Know Us
Make Money with Us
Let Us Help You
And don't forget:
© 1996-2021, Amazon.com, Inc. or its affiliates