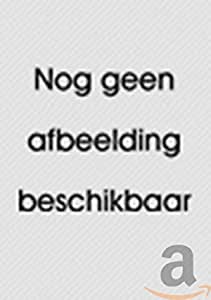 2010 release from the British tenor who practically invented the classical crossover genre. Recorded in June 2010 with the Roma Sinfonietta-Ennio Morricone's orchestra of choice-and produced by Mike Hedges, Russell Watson's voice has never sounded better. Stronger, more driven and powerful, his renditions of Pino Donaggio's "Io Che Non Vivo (Senza Te)", Mario Lanza's "Arrivederci Roma" and "Parla Piu Piano" (the theme from the Godfather) are as impressive as you'd expect from a man singing with, literally, a new lease of life after overcoming two life-threatening brain tumors. In 2008, when the Salford born tenor finished radiotherapy for the pituitary tumor that saw him undergo emergency surgery, he decided to embark on a return to music. He soon found that his treatment had given him not just a fresh outlook on the world, but a whole new, deeper, richer voice. La Voce is Watson's ninth, and most personal, album.

4.6 out of 5 stars
4.6 out of 5
169 global ratings
How are ratings calculated?
To calculate the overall star rating and percentage breakdown by star, we don’t use a simple average. Instead, our system considers things like how recent a review is and if the reviewer bought the item on Amazon. It also analyses reviews to verify trustworthiness.

Pianissimo
5.0 out of 5 stars Russell does it again!
Reviewed in the United Kingdom on 2 July 2013
Verified Purchase
All Russell Watson's albums have been excellent, and this one is no exception. Actually, they should come with a warning: listen to them and your musical experience will be ruined for ever. I should explain. Once you have heard Russell Watson sing, either on CD or in concert, it is possible that you will not want to hear any other artist - because anyone else would fall short in comparison. I cannot think of any other singer who can use his voice like an instrument in the way that Russell can. He doesn't just sing the songs, he lives them. He doesn't just reproduce the lyrics, he feels them. The power of his voice is extraordinary, but he can sing softly, as well, which is no mean feat. And he doesn't just have one voice, he has several! The tracks on this particular CD show off his virtuosity perfectly, from the tender rendition of 'Io Che Non Vivo (Senza Te) to the spinetingling 'Adagio' to the mighty 'Intermezzo' by Masagni. This man has a true gift, a rare talent, and every track on this CD is musical perfection. Five stars is not enough! BUY IT!
Read more
Report abuse

Amazon Customer
5.0 out of 5 stars Great
Reviewed in the United Kingdom on 18 November 2018
Verified Purchase
I bought ths cd for a particular song that is on it, I really don’t know why I have purchased it a long time ago to add to my collection, As a big fan of Russell Watson I think it’s lovely, I have deprived myself of hours of listening to my favourite artist. It was a great service at a reason price.
Read more
Report abuse

Back to Basics
5.0 out of 5 stars superb listening
Reviewed in the United Kingdom on 9 November 2012
Verified Purchase
When searching for a CD to remind me of my holiday in Italy I listened to many of the operatic CD,s on the market but not until I found Russell Watson's La Voce did I find exactly what I wanted. This CD is an absolute joy to listen to, the choice of music is excellent and the arrangements and orchestration of the various tracks are excellent and I think Russell Watson it at his best ever, his voice is mellow and he sings with so much feeling, I understand this may have been his first recording after his life threatening operation and if so you can feel the emotion in him, however be warned, have a big box of tissues handy for track 13 'Someone to Remember Me' If you like opera and modern classical you won't be disappointed with this CD and I have no hesitation in giving it 5 stars.
Read more
Report abuse

anna
5.0 out of 5 stars Only Russell Watson
Reviewed in the United Kingdom on 10 June 2013
Verified Purchase
Any product from Russell Watson has to be a winner, I know his songs maybe repeated and interspersed into his different CDs and DVDs, but if you are an ardent fan does it matter, the pleasure of hearing that God given voice over and over again fills me with humility and warmth. Russell obviously chooses songs with real everyday moments which we all experience in our lives and reaches deep into his Soul when considering his songs for his followers. Read his Book and you will learn more about his feelings for the human race.
Read more
Report abuse

SFR Daniel
4.0 out of 5 stars A beautiful voice
Reviewed in the United Kingdom on 27 June 2012
Verified Purchase
Russell Watson has a voice as beautiful as any of them, including the best tenors singing opera. I wish he would not be so slavish in following pop-song conventions of starting out with a whisper before he rises to full voice. He's capable of singing all the notes, doesn't have to whisper. So I listen to this and talk back to it, "Don't do that! Sing it right out!" -- But oh, what a beautiful, flexible, interesting voice! I'm glad I bought this CD.
Read more
Report abuse
See all reviews
Back to top
Get to Know Us
Make Money with Us
Let Us Help You
And don't forget:
© 1996-2021, Amazon.com, Inc. or its affiliates