Flip to back Flip to front
Listen Playing... Paused   You're listening to a sample of the Audible audio edition.
Learn more
See all 3 images 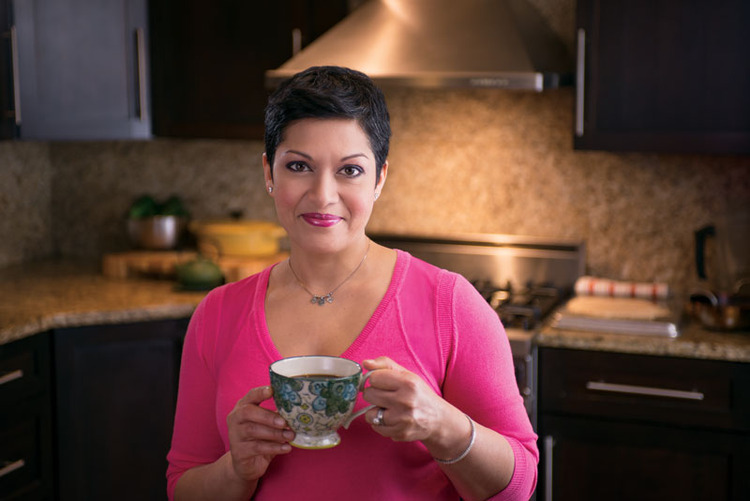 Save up to 50% off RRP on select top books
PLUS, free expedited delivery. T&C's apply. See more
click to open popover

Page 1 of 1 Start overPage 1 of 1
Previous page
Next page
Start reading Vegan Indian Cooking: 140 Simple and Healthy Vegan Recipes on your Kindle in under a minute.

Praise for Anupy Singla and The Indian Slow Cooker "If you love Indian food, have a look at Anupy Singla's The Indian Slow Cooker. Folded in with lush food photography are easy, healthful recipes with traditional flavors." --Lois White, Better Homes & Gardens "My favorite new slow cooker book is The Indian Slow Cooker by Anupy Singla....Because Indian dishes are rich in spices and robust flavors, they stand up well in slow cookers." --Genevieve Ko, Good Housekeeping, October 14, 2011 "In her friendly voice, Anupy Singla welcomes everyone into her kitchen, even busy and beginner cooks. With her comprehensive guide to ingredients and surprisingly simple and healthy recipes that perfume the house on a cold day, The Indian Slow Cooker is a great first book on Indian cooking. We love recommending it to our customers!" --Lara Hamilton, Owner of The Book Larder, Seattle, WA "Singla's book goes against what many believe is required of Indian cuisine--infusing hot oil with a whole mess of spices as the base for dishes. Instead, she argues, throw everything into the Crock-Pot and let the aromatics do their thing... the book gives old- and new-school cooks alike ample reason to give Indian food a shot." --Janet Rausa-Fuller, Chicago Sun-Times, October 20, 2011 "Next time you have a hankering for Indian food, don't think take-out. Think ahead. That's the message from Anupy Singla, author of The Indian Slow Cooker who is on a mission to correct misperceptions about Indian food..." --Michele Kayal, Associated Press, October 26, 2010 "[The Indian Slow Cooker] is slim in appearance, a mere 136 pages. Yet the author has packed its pages with 50-plus recipes, lots of guidance and enough enthusiasm for slow cookers and Indian food that fans of either or both will be prompted to try one of her recipes..." --Judy Hevrdejs, Chicago Tribune, April 6, 2011 "Anupy is really on to something here. In 50 well-crafted and imaginative recipes, Anupy shows you how to use the modern slow cooker to get the beautiful, complex flavors of her ancient native cuisine. A book that will surprise you." --Dorie Greenspan, author of Baking with Julia and Around My French Table, as well as contributing editor to Parade magazine, December 23, 2010 "Ms. Singla says her book is aimed at anyone who wants to eat more vegetarian food and she doesn't believe in calling Indian food 'spicy' or 'exotic' anymore." --Wall Street Journal, India Real Time Blog, August 24, 2010 "Anupy has a fantastic blog, Indian As Apple Pie, a beautiful cookbook, "The Indian Slow Cooker", and an innovative spice box product now being offered by Williams-Sonoma." --Nancy Loo, WGNtv.com, September 5, 2011 "For those who love Indian food--or who are interested in starting to explore it--Anupy shows how to prepare the classic dishes in healthful versions that use far less oil and saturated fat than traditional recipes...Anupy introduces the mainstay spices of an Indian kitchen, and how to store, prepare, and combine them in different preparations." --WLS-ABC Channel 7, March 26, 2011 "The talented and beautiful Anupy Singla, author of The Indian Slow Cooker, understands that many home cooks are intimidated by Indian spices and cooking. So she created spice packets, small bundles of 5 essential Indian spices, that will get anyone cooking Indian. Demystify something for people, and they will love you." --Susan Russo, writer for FoodBlogga blog and contributor to NPR's Kitchen Window "Singla's recipes, and writing in general, exudes common sense and practicality...Straightforward, healthy recipes for easy preparations of all your favourite Indian dishes combined with mouthwatering photographs make this a cookbook any lover of Indian food will appreciate." --Rebecca Baugniet, EAT Magazine "Singla's first book, The Indian Slow Cooker, is packed with braises, both meat-and vegetable-based. Her newest book embodies how she often eats: a vegetable-based diet heavy on herbs and spices, and loaded with flavor." --Tasting Table Chicago, August 20, 2012 "Chicago-based cookbook author Anupy Singla has cultivated a devoted following by showing readers how to master Indian spices and make great-tasting Indian food at home. In her second offering, Vegan Indian Cooking, she tackles the perhaps more difficult endeavor of demystifying vegan cuisine." --Sarah Terez-Rosenblum, Chicago Sun Times, August 23, 2012

Anupy Singla formerly worked as an on-air TV reporter and anchor for CLTV News, the cable arm of the Tribune Company broadcasting and sister station to Chicago's WGN-TV, and for Bloomberg TV. Her food writing has appeared in several print and online publications including the Chicago Tribune, the Chicago Sun-Times, and the Wall Street Journal. She's demonstrated her Indian cooking skills on WGN-TV, WLS-ABC and numerous network affiliates across the country. Her previous book, Indian Slow Cooker, is a number-one bestselling Indian cookbook on Amazon.com. She lives with her husband and two young daughters in Chicago, IL.

4.4 out of 5 stars
4.4 out of 5
220 global ratings
How are ratings calculated?
To calculate the overall star rating and percentage breakdown by star, we don’t use a simple average. Instead, our system considers things like how recent a review is and if the reviewer bought the item on Amazon. It also analyses reviews to verify trustworthiness.

Callum B
5.0 out of 5 stars Very easy and delicious recipes
Reviewed in Australia on 13 July 2020
Verified Purchase
Loved the simple, and easy to follow recipe formats. All of the recipes I've cooked so far have been delicious.

My favourite recipes so far are cumin rice, and chana and Split moong dal with pepper flakes.

elaine
5.0 out of 5 stars Wonderful vegan cookbook
Reviewed in the United Kingdom on 31 May 2017
Verified Purchase
I love this book, I'm a vegetarian who cooks a lot of vegan food and my downfall for dairy is more often that now paneer, I can't wait to try the tofu substitute for paneer. The recipes are simple and ( as far as I have tried) very tasty with a subtle blend of spices. The baked samosa sticks are to die for as it the spinach stuffed paratha ( which my kids loved, that alone makes the book worth the money) . I don't own a slow cooker so it is helpful to have instructions on how to cook dishes without one . This is fast becoming one of my favourite recipe books and I have many!!!! My only ask for the next one is please tell me how to cut jaggery without killing myself !!!!! I have no microwave to soften it
Read more
Report abuse

Blue Wolf
5.0 out of 5 stars Perfect!
Reviewed in the United Kingdom on 29 November 2014
Verified Purchase
The good:
Includes some of background on the subject such as some history and a bit on commonly held misconceptions.
Features entirely (as far as I know) actual Indian dishes - not just what the Western world perceives as Indian dishes.
Includes basics such as making yogurt and builds up from there; nothing is assumed and so the book is suitable for novices and advanced cooks alike.
Clear, easy to follow and use.
Great for ideas and inspiration as well as making the actual dishes.

The bad:
Simply because I try and include at least one opportunity for improvement in every review - but this really is nit-picking - only some dishes include pictures. I imagine this actually keeps printing and therefore retail cost down, so...
Read more
Report abuse

Amazon Customer
3.0 out of 5 stars It was supposed to be new
Reviewed in the United Kingdom on 23 November 2020
Verified Purchase
This was purchased as a new birthday gift, what was received was not new, how embarrassing it was to me for her to receive what looked like a second hand one.
Read more
Report abuse

India
5.0 out of 5 stars Fabulous
Reviewed in the United Kingdom on 9 February 2014
Verified Purchase
Fabulous cookbook for anyone who loves Indian food and wants to follow a vegan diet.The recipes are easy to follow and so far I haven't cooked anything from this book that didn't produces a delicious meal.
Read more
Report abuse