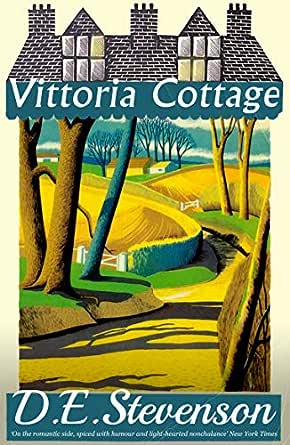 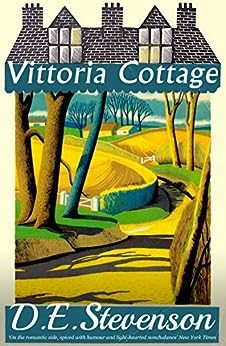 Born in Edinburgh in 1892, Dorothy Emily Stevenson came from a distinguished Scottish family, her father being David Alan Stevenson, the lighthouse engineer, first cousin to Robert Louis Stevenson. In 1916 she married Major James Reid Peploe (nephew to the artist Samuel Peploe). After the First World War they lived near Glasgow and brought up two sons and a daughter. Dorothy wrote her first novel in the 1920's, and by the 1930's was a prolific bestseller, ultimately selling more than seven million books in her career. Among her many bestselling novels was the series featuring the popular "Mrs. Tim", the wife of a British Army officer. The author often returned to Scotland and Scottish themes in her romantic, witty and well-observed novels. During the Second World War Dorothy Stevenson moved with her husband to Moffat in Scotland. It was here that most of her subsequent works were written. D.E. Stevenson died in Moffat in 1973. --This text refers to an alternate kindle_edition edition.

4.6 out of 5 stars
4.6 out of 5
151 global ratings
How are ratings calculated?
To calculate the overall star rating and percentage breakdown by star, we don’t use a simple average. Instead, our system considers things like how recent a review is and if the reviewer bought the item on Amazon. It also analyses reviews to verify trustworthiness.

Mrs. Felicity M. Stanton
5.0 out of 5 stars Gentle Romance with sound old fashioned values
Reviewed in Australia on 20 May 2017
Verified Purchase
Like all D.E. Stevenson books, this novel gives strong family values with humour and delicacy. The plot is simple but absorbing telling of the difficulties of a widow to manage post war austerity on a limited income with three newly adult children to guide into full happy independence. Love comes unexpectedly and softly to change all perceptions.
Read more
2 people found this helpful
Helpful
Report abuse

Moya Sharp
5.0 out of 5 stars A lovely read
Reviewed in Australia on 28 February 2020
Verified Purchase
Another great story set in an English rural village, a real treat.
Read more

Amazon Customer
5.0 out of 5 stars If you enjoy good writing read this
Reviewed in Australia on 11 January 2021
Verified Purchase
A McCall Smith recommended this author and she did not disappoint. Warm witty and winsome it transports you to another ime.
Read more
Helpful
Report abuse
See all reviews

Bookworm
5.0 out of 5 stars Lovely gentle story
Reviewed in the United Kingdom on 18 October 2020
Verified Purchase
I stumbled across this book be ause Alexander McCall Smith wrote the forward. Just what I needed, a lovely gentle story. A reminder of when life was simple, far removed from today’s fast, cut-throat, nasty world. I didn’t know what to expecy really but thoroughly enjoyed the book. No it won’t set the world on fire and hasn’t won any prizes but is all the better for it.
Read more
3 people found this helpful
Report abuse

Naomi Teacups
5.0 out of 5 stars The worst thing about this book is that it finishes!
Reviewed in the United Kingdom on 24 October 2015
Verified Purchase
If you've read Miss Buncle's book, you'll know what to expect from D E Stevenson and you won't be disappointed. Like sitting down by a warm fire after coming in from a drizzly walk, this is a comfort read of domestic fiction at its finest. The characters quickly become friends, and as you follow their lives, they seem like people you know.
Read more
2 people found this helpful
Report abuse

Lucy Locket
5.0 out of 5 stars A Very enjoyabe book about the family living in the property
Reviewed in the United Kingdom on 25 August 2018
Verified Purchase
This book was easy reading, at times it was difficult to put it down. All the complexities of relationships, experiencing troubled times and good times. I am looking forward to reading a follow up to this family.
Read more
Report abuse

shepherdess
5.0 out of 5 stars A relaxing read.
Reviewed in the United Kingdom on 3 September 2016
Verified Purchase
A nice gentle read which captivated me from the start. I found the characters easy to believe in and found the story gripped me from the first page.
Read more
Report abuse

Hilary Grierson
5.0 out of 5 stars Five Stars
Reviewed in the United Kingdom on 22 June 2018
Verified Purchase
D E Stevenson brings all her characters to life
Read more
Report abuse
See all reviews
Get FREE delivery with Amazon Prime
Prime members enjoy FREE Delivery and exclusive access to movies, TV shows, music, Kindle e-books, Twitch Prime, and more.
> Get Started
Back to top
Get to Know Us
Make Money with Us
Let Us Help You
And don't forget:
© 1996-2021, Amazon.com, Inc. or its affiliates