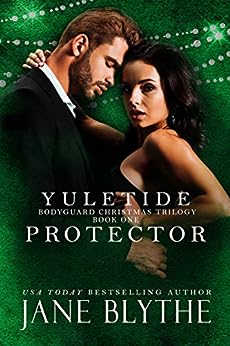 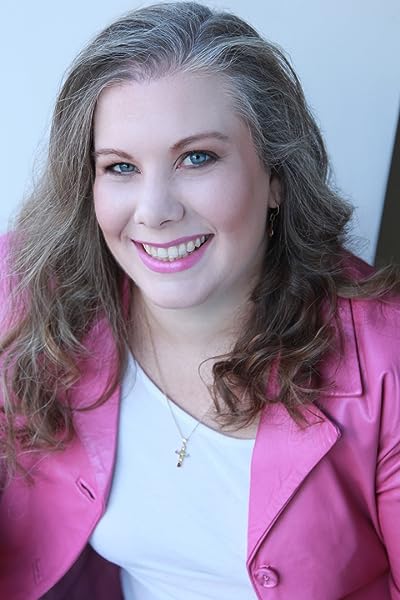 by Jane Blythe (Author) Format: Kindle Edition
See all formats and editions
Sorry, there was a problem loading this page. Try again.
Being the bodyguard for a friend you’re secretly in love with isn’t easy.

Ashley Fallon narrowly survived an assault by a serial rapist and murderer, and as the only surviving victim she finds herself in need of a bodyguard after her assailant makes it clear he doesn’t like loose ends and intends to finish what he started.

Sawyer Watson is trapped in his own kind of Hell. He’s secretly in love with Ashley but as far as she’s concerned they’re just friends. Now she’s living in his house and he's spending his days—and his nights—with her, and while he won’t take advantage of her while she’s vulnerable he can’t help but hope that spending so much time together might make her see him differently.

YULETIDE PROTECTOR is the fourth book in the Christmas Romantic Suspense series by USA Today bestselling author Jane Blythe. Suspense, mystery, a friends to lovers love story, and some Christmas goodness! Standalone with a guaranteed HEA!

Jane Blythe is a USA Today bestselling author of romantic suspense and military romance full of sweet, smart, sexy heroes and strong heroines! When she's not weaving hard to unravel mysteries she loves to read, bake, go to the beach, build snowmen, and watch Disney movies. She has two adorable Dalmatians, is obsessed with Christmas, owns 200+ teddy bears, and loves to travel!

4.0 out of 5 stars
4 out of 5
60 global ratings
How are ratings calculated?
To calculate the overall star rating and percentage breakdown by star, we don’t use a simple average. Instead, our system considers things like how recent a review is and if the reviewer bought the item on Amazon. It also analyses reviews to verify trustworthiness.

Elizabeth
4.0 out of 5 stars Enjoyed this story
Reviewed in Australia on 11 January 2022
Verified Purchase
The story was enjoyable, characters engaging and dialogue good. I did think it could use a more rigorous proof read, though, too many sentences joined by endless commas, not enough semicolons and full stops.
Read more
Helpful
Report abuse

Carmela Dimattia
TOP 1000 REVIEWER
5.0 out of 5 stars amazing!!!!!
Reviewed in Australia on 1 December 2020
This book was amazing, amazing, amazing. I have come to love Jane Blythe’s books and this was definitely no exception. A great story that truly had me on the edge of my seat with every page I read. I had goosebumps on more than one occasion as this story had me hooked and I found myself being feeling the emotions of the storyline. Lots of suspense and some beautiful and tender moments between our main characters in Ashley and Sawyer. Such a wonderfully written book that paid lots of attention to detail. Definitely 5 star worthy.

Ashleigh Christou
4.0 out of 5 stars Awesome book!
Reviewed in Australia on 1 December 2020
Another great book to add to the collection of great books by this author. A fast paced, action filled story that once again had me unable to put the book down. I read it in one sitting, her writing is truly that awesome. I will read absolutely anything and everything by Jane Blythe and I suggest you do too!
Read more
Helpful
Report abuse
See all reviews

Escape to the pages
4.0 out of 5 stars Slow burn
Reviewed in the United Kingdom on 20 December 2021
Verified Purchase
I hadn’t read any of the others but liked how characters crossed over and had their stories continued in this book so will most likely go back and read these too.

This was excruciatingly slow burn…like will they, won’t they….ok so they definitely won’t slow burn. You know the hea is coming but it takes a while to get there but worth it in the end
Read more
Report abuse

April
5.0 out of 5 stars Survivor of abuse
Reviewed in the United Kingdom on 3 January 2022
Verified Purchase
This author is new to me as well as this type of story line. Although the story is extremely sad and upsetting to read at times, as a female I really appreciated this story line.
I was pleased to read that the heroine Ashley, had someone who was supportive.
I will definitely be reading more from this author.
Read more
Report abuse

LakeLady
3.0 out of 5 stars Just OK
Reviewed in Canada on 7 December 2021
Verified Purchase
There was way too much filler in this book. The basic story line was interesting and I kept speed reading to the end to find out if the caught the bad guy. There was too much fluff to give a better rating.
Read more
Report abuse

Robyn Corcoran
4.0 out of 5 stars Another fabulous festive suspense story
Reviewed in the United States on 1 December 2020
Verified Purchase
This fourth book in the Christmas Suspense series is another winner by this amazing author. With a hunky bodyguard, who happens to be Ashley’s best friend, and good friends ready to help out, the Christmas season is shaping up to be a fantastic one-except for a crazy killer who is on the loose and he has Ashley in his sights.

Sawyer is a really likeable character as is Ashley but I found
Ashley annoyed me a bit at times, I liked her but she tended to be a bit wishy-washy. I liked how she did try to be honest with herself though she seemed to want one thing then do the opposite, she certainly had a strong backbone though. I might be being a tad unfair because Sawyer did some yo-yoing too, the situation is a tricky one as well. What really stands out for all of the characters is the level of support and care towards each other.

As usual the suspense element is fantastic and the criminal, although of course he has his reasons, is one very twisted beast of a man. I love the way this author isn’t afraid to be creative and vindictive with her criminals, leaving readers on the edge of their seats.

The whole Christmas feeling is very intense and I honestly want to bake gingerbread and have hot chocolate and that’s saying a lot because it’s summer and a heatwave here! Another great great story I recommend to everyone.
Read more
4 people found this helpful
Report abuse

Should I read books before this one: no
Cliffhanger: no

SUMMARY
Sept 1 830pm
Ashley is bringing takeout for dinner with her best friend, Sawyer. They're on the phone deciding a movie when she's abducted, choked, and raped. She knows she won't live because he lets her see his face. The last words she hears are Thank you.

912pm
Sawyer has been in love with Ashley since they met 3 years ago. He tells 911 her favorite restaurant and where she likes to park. He drives there. The EMT says, though she can breathe on her own, she's intubated against the bruising. Waiting at the hospital are his twin, Savannah, and her husband, Jett, both FBI (he an agent, she on the evidence response team). “We don’t know who he is, but he’s raped and killed sixteen women in four states over the last three years. Ashley fits his preferred victim type, early to mid-twenties, dark hair, brown eyes, pretty. He grabs them in a reasonably public location, usually pulling them into an alley near a busy shopping or restaurant strip. He rapes them and then strangles them to death with a metal chain. Ashley is the only surviving victim. If she saw his face then she could be the key to finally finding this guy.” Sawyer sits with her all night.

Sept 2 1146am
Ashley hears, "Hey, sweetheart," and knows all is okay. Sawyer leaves to get pen and paper for her to communicate, she almost panics at being alone. She asks how she's still alive, learns she was raped, and writes everything she can remember about the man and the Thank you. A doctor comes in, Sawyer leaves. It's the killer. She screams, but it's barely a croak. He chokes her, she throws the pad of paper at her cup of water, it shatters.

1221pm
Sawyer's talking to Jett when he hears a crash in Ashley's room. He goes in, sees the doctor choking her. The man runs, knocking Sawyer over. After making sure Ashley is breathing, he tells a nurse to have the hospital shut down and to call a doctor. Sawyer acts as sentry. Jett arrives. Sawyer wants Ashley in a safe house. Sawyer opens the door and finds Ashley writing furiously. She gives it to Jett. Sawyer tells her he's going to be her bodyguard and she's living with him until this guy is caught. He expects a fight; bated, she cries and hugs him.

Dec 21 909am
Ashley wishes for snow. She and Sawyer have spent the past 3 months in his townhouse, rarely going out. The news reported she didn't survive the second attack; only a few cops and the company she works with (security, Sawyer works there, too) know. A job friend made it look like her house is on the market. She wants to go back to her house, her job, her life. She's ready to be bait.

1033am
Jett stares at another victim not far from where Ashley was hurt. This woman looks the same, though choked with a rope. The killer had been escalating, but stopped after Ashley. And he's stayed in the same city, which means he's here for Ashley. He probably knows she's not dead.

1052am
Sawyer loves having Ashley in his home, though he knows she's frustrated. He brings in the fake show he bought for her. She's excited, kisses him on the cheek. They make it in the tub. He won't do anything to risk their friendship.

1124am
Ashley throws snow at Sawyer's face. Snow fight. They both end up in the tub. Ashley presses a kiss to Sawyer’s cheek, “You are the very best friend that anyone could ever ask for.” “Right back at ya.” They almost kiss, the doorbell rings. Good thing, because Sawyer is the only stable thing in her life. Jett and Morgan are here, another woman has been killed.

EVALUATION
The characters are static except Ashley, and her growth is limited. The romance is mediocre. The tension is okay. Christmas focuses only on snow. I'm sure those who've read the series will enjoy reuniting with previous couples.

The story needs at least a proofreader and probably an editor. I try not to rate a story on publisher skills, but this one is that needy.

RECOMMENDATION
Read Toni Anderson or Jennifer Lynn Barnes for romance and suspense
POSSIBLE TRIGGERS (SPOILERS)
Sex: 1 mild scene
Language: none
Violence: rapes, kidnappings, chokings, stalking
Read more
3 people found this helpful
Report abuse
See all reviews
Back to top
Get to Know Us
Make Money with Us
Let Us Help You
And don't forget:
© 1996-2022, Amazon.com, Inc. or its affiliates