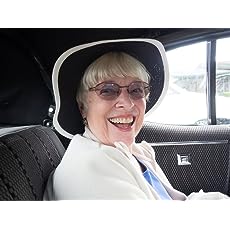 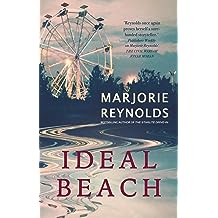 Ideal Beach 15/10/2020
by Marjorie Reynolds
$2.78
It’s 1956 in Ideal Beach, Indiana. Emma Cooper has lived all of her life in the small town, with the exception of the few months she spent in Florida with her new husband. He deserted her and she returned home in shame, swearing she would never trust a man again. Her future looks grim. She will always be a caretaker for her disabled father and her teenage sister. But her life changes when a Negro woman and her son come to Ideal Beach. Louisa Rawlings’ car breaks down and they have nowhere to go. Emma takes them in and soon faces the rage of the townspeople. Ideal Beach is no longer ideal. Meanwhile, a high school classmate, Nick Asher, returns from New York City to his home town to renovate the amusement park his father built. Nick loathes the community there, but he slowly, gradually, falls in love with Emma. She can’t respond with the love she feels for him because of the shocking secret she holds.
Read more
includes tax, if applicable 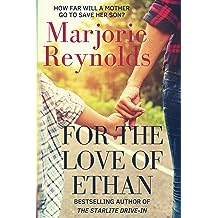 For the Love of Ethan 29/07/2018
by Marjorie Reynolds
( 6 )
$4.04
Delainie Franklin is a devoted mother whose ordinary life runs smoothly — until Ethan, her ten-year-old son, becomes ill. Delainie and her husband, Joel, must not only face the challenges of Ethan’s uncertain future but also survive events that test their family bonds. How far will a mother go to save her son? Delainie must make that agonizing decision.
Read more
Other Formats:: Paperback
includes tax, if applicable 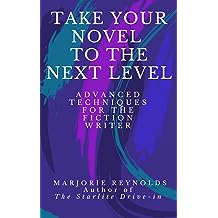 Take Your Novel to the Next Level: Advanced Techniques for the Fiction Writer 31/10/2016
by MARJORIE REYNOLDS
( 3 )
$7.77
TAKE YOUR NOVEL TO THE NEXT LEVEL presents and analyses tools that will raise the writer's manuscript to a higher level of craftsmanship. Subjects include how to use subtext, how to connect emotionally with the reader, why a sex scene is not about sex, and how to use the echo technique and fiction’s silent language along with other topics that are not usually covered in other craft books.
Read more
Other Formats:: Paperback
includes tax, if applicable 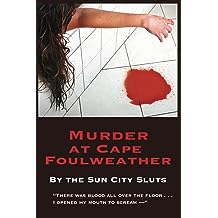 Murder at Cape Foulweather (A Sun City Slut Mystery Book 1) 29/06/2013
by Martha Miller , Marjorie Reynolds , Susan Clayton-Goldner
( 18 )
$3.99
The five Sun City Sluts—Roz Powell, Babs Booty, Ruby Jean Culligan, Paige Woods-Heyward and Jamie Miracle—forty-ish, fast, and full of hell, attend a writing workshop in a remote lodge on the Oregon coast, each hiding a secret she's afraid to spill. The first night a destructive storm hits, all power is lost, and one of their classmates, Orchid L'Toile, meets a fate they consider worse than death: bloody murder without adequate makeup while naked in the bathtub. They must find the killer or become victims themselves.

Their sleuthing takes a few wrong turns. Roz falls in love and Ruby Jean falls––off a cliff. All the Sun City Sluts reveal their secrets and Paige, with a plan, patiently knits. And knits. And knits. But the Sun City Sluts solve the murder while living up to their creed: Men come and go, but girlfriends are forever.
Read more
Other Formats:: Paperback
includes tax, if applicable 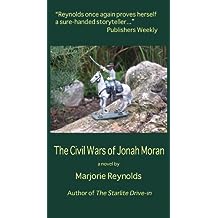 The Civil Wars of Jonah Moran 26/08/2011
by Marjorie Reynolds
( 1 )
$3.99
After her award-winning novel, THE STARLITE DRIVE-IN, Marjorie Reynolds returns with a mystery and a drama that unravels the painful history of the influential Moran family in a remote logging town on the Olympic Peninsula in Washington State. In trying to clear her mentally disabled brother of arson, Jessica Moran must deal with her autocratic mother Lila and her brother Jonah's obsessive preoccupation with the Civil War. Jonah, who re-enacts battles with his miniature soldiers, believes he could have won for the Confederacy if only he had been in charge. As evidence of his guilt mounts, Jessica must co-operate with Callum Luke, the Native American arson investigator who was once her lover, and deal with the town's commitment to its own contradictory brand of justice, bigotry, paranoia and forgiveness. In describing this rugged, isolated area of the Pacific Northwest -- the submerged trees in a treacherous lake, the lichen-draped woods sweet with the smell of tree sap and resins, the almost magical Quinault Indian Reservation -- Reynolds captures with soaring prose the mystical and spiritual connection between the land and the people who live there. In reviewing THE CIVIL WARS OF JONAH MORAN, Publishers Weekly says, "Reynolds once again proves herself a sure-handed storyteller."
Read more
Other Formats:: Hardcover , Paperback
includes tax, if applicable
Back to top
Get to Know Us
Make Money with Us
Let Us Help You
And don't forget:
© 1996-2020, Amazon.com, Inc. or its affiliates