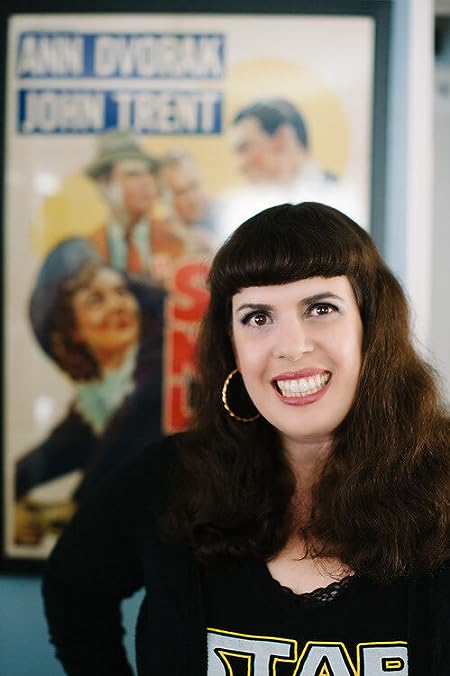 Christina Rice is a writer, librarian, and archivist who was born and bred in the greater Los Angeles region. While majoring in film at Cal State Fullerton in the 1990s, she began collecting memorabilia relating to actress Ann Dvorak which eventually lead her to document Dvorak's life, launch www.anndvorak.com, and ultimately write Ann Dvorak: Hollywood's Forgotten Rebel (University Press of Kentucky, 2013). After obtaining an MLIS from San Jose State University in 2004, she began a career as a librarian with the Los Angeles Public Library the following year. Since 2009, she has overseen the library’s historic photo collection. In addition to authoring books on Ann Dvorak and Jane Russell, she has also written numerous issues of the My Little Pony comic book series (IDW Publishing) and was a contributor to the Eisner-nominated anthologies Femme Magnifique (Black Crown, 2018) and Where We Live (Image Comics, 2018). She has edited multiple books for Photo Friends Publications in support of the Los Angeles Public Library. She lives in Los Angeles with her husband, writer Joshua Hale Fialkov, their daughter, and two adorable dogs. 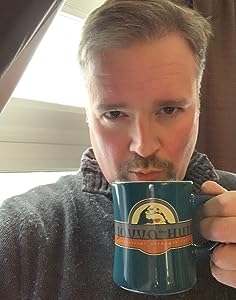 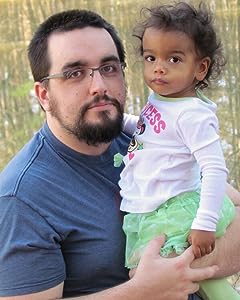 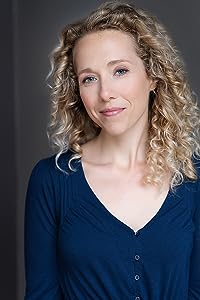 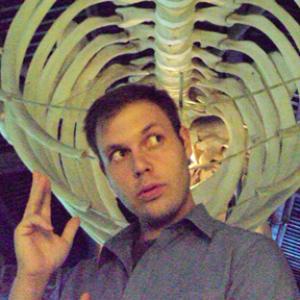 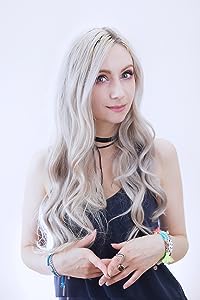 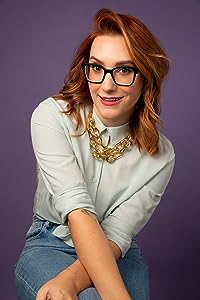 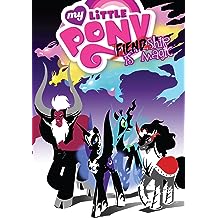 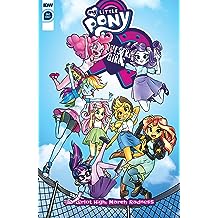 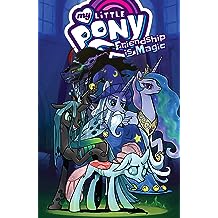 My Little Pony: Friendship is Magic Vol. 19 19/08/2020
by Christina Rice, Jeremy Whitley, Casey W. Coller, Kate Sherron, Tony Fleecs, Casey Coller
( 53 )
$12.31
Great stories, great adventures, and valuable lessons, brought to you by Twilight Sparkle, Pinkie Pie, Rainbow Dash, Rarity, Applejack, Fluttershy, and all your pony friends! It's exam time at the School of Friendship, and Ocellus has come up with an idea for a stellar project that's sure to impress all her teachers–a history of Equestria shown through her own unique Changeling abilities! Collects issues #84–88 of the MY LITTLE PONY: FRIENDSHIP IS MAGIC series.
Read more
Other Formats:: Paperback
includes tax, if applicable 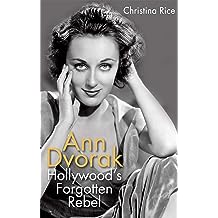 The forgotten screen legend who made Hollywood history by challenging the all-powerful studio system is revealed in this first full-length biography.

Seemingly destined for A-list fame, Ann Dvorak was touted as “Hollywood’s New Cinderella” after film mogul Howard Hughes cast her in the 1932 gangster film Scarface. But Dvorak’s journey to superstardom was derailed when she walked out on her contractual obligations to Warner Bros. for an extended honeymoon. Ann Dvorak: Hollywood’s Forgotten Rebel explores the life and career of one of the first individuals who dared to challenge the studio system.

Dvorak reached her pinnacle during the early 1930s, when the film industry was relatively uncensored and free to produce movies with more daring storylines. She played several female leads in films including The Strange Love of Molly Louvain, Three on a Match, and Heat Lightning, but after her walk-out, Warner Bros retaliated by casting her in less significant roles.

Following the casting conflicts and illness, Dvorak filed a lawsuit against the Warner Bros. studio, setting a precedent for other stars who eventually followed suit. In this insightful memoir, Christina Rice explores the spirited rebellion of a talented actress whose promising career fell victim to the studio empire. 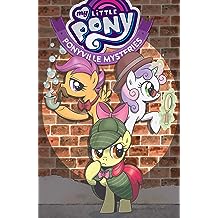 My Little Pony: Ponyville Mysteries 02/01/2019
by Christina Rice, Agnes Garbowska
( 22 )
$12.31
An all-new series filled with intrigue and adventure, starring everyone’s favorite fillies! The Cutie Mark Crusaders are on the case, solving crimes nopony else can! Will they be able to discover who’s behind the local mysteries, like the theft of supplies from Ponyville Hospital or the ransacking of the bowling alley? Most importantly, can they crack the case and get their homework done at the same time?
Read more
Other Formats:: Paperback
includes tax, if applicable 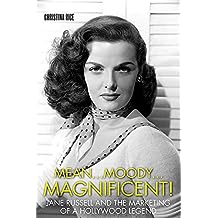 By the early 1950s, Jane Russell (1921–2011) should have been forgotten. Her career was launched on what is arguably the most notorious advertising campaign in cinema history, which invited filmgoers to see Howard Hughes's The Outlaw (1943) and to "tussle with Russell." Throughout the 1940s, she was nicknamed the "motionless picture actress" and had only three films in theaters. With such a slow, inauspicious start, most aspiring actresses would have given up or faded away. Instead, Russell carved out a place for herself in Hollywood and became a memorable and enduring star.

Christina Rice offers the first biography of the actress and activist perhaps most well-known for her role in Gentlemen Prefer Blondes (1953). Despite the fact that her movie career was stalled for nearly a decade, Russell's filmography is respectable. She worked with some of Hollywood's most talented directors—including Howard Hawks, Raoul Walsh, Nicholas Ray, and Josef von Sternberg—and held her own alongside costars such as Marilyn Monroe, Robert Mitchum, Clark Gable, Vincent Price, and Bob Hope. She also learned how to fight back against Howard Hughes, her boss for more than thirty-five years, and his marketing campaigns that exploited her physical appearance.

Beyond the screen, Rice reveals Russell as a complex and confident woman. She explores the star's years as a spokeswoman for Playtex as well as her deep faith and work as a Christian vocalist. Rice also discusses Russell's leadership and patronage of the WAIF foundation, which for many years served as the fundraising arm of the International Social Service (ISS) agency. WAIF raised hundreds of thousands of dollars, successfully lobbied Congress to change laws, and resulted in the adoption of tens of thousands of orphaned children. For Russell, the work she did to help unite families overshadowed any of her onscreen achievements.

On the surface, Jane Russell seemed to live a charmed life, but Rice illuminates her darker moments and her personal struggles, including her empowered reactions to the controversies surrounding her films and her feelings about being portrayed as a sex symbol. This stunning first biography offers a fresh perspective on a star whose legacy endures not simply because she forged a notable film career, but also because she effectively used her celebrity to benefit others. 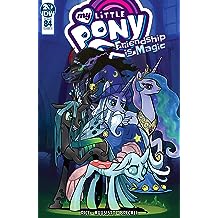 My Little Pony: Friendship is Magic #84 13/11/2019
by Christina Rice, Ian McGinty
( 6 )
$3.29
It’s exam time at the School of Friendship, and Ocellus has come up with an idea for a stellar project that’s sure to impress all her teachers—a history of Equestria shown through her own unique Changeling abilities! But as deadlines loom and Ocellus finds herself taking on a bit more than she can handle, it’s up to Twilight Sparkle to help her young student realize that sometimes, perfection is overrated.
Read more
includes tax, if applicable 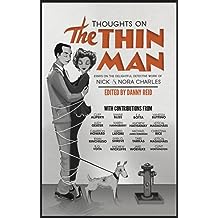 Thoughts on The Thin Man: Essays on The Delightful Detective Work of Nick & Nora Charles 05/12/2014
by Danny Reid, Andrew Wickliffe, Jake Woehlke, Cliff Aliperti, Clint Worthington, Shane Bliss, E.A. Botta, Vanessa Buttino, Judy Geater, Karen Hannsberry
( 28 )
$5.10
Undoubtedly some of the most witty and urbane films of Hollywood’s Golden Age, the six movies that composed MGM’s Thin Man series showcased a pair of wealthy, inebriated detectives who solve murders in their down time. Through the series’ run from 1934 to 1947, William Powell and Myrna Loy turned Nick and Nora Charles into a cinematic institution, showcasing a marriage that was sexy, funny, and exciting, whether there was a gun pointed at them at any given moment or not.

Thoughts On The Thin Man reflects on these famous films, looking back at Dashiell Hammett’s original inspiration, the genesis of the films, and the men and women who made them possible. This collection of essays covers all six movies, including detailed plot breakdowns, quotes, trivia, discussion of motifs, looks at the many spin-offs of the series, a couple of nostalgic odes, and even drinking games, including a custom cocktail devoted to the duo. Would you expect any less?
Read more
Other Formats:: Paperback
includes tax, if applicable 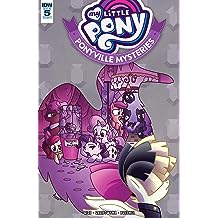 My Little Pony: Ponyville Mysteries #5 26/09/2018
by Christina Rice, Agnes Garbowska
( 2 )
$3.29
The Crusaders have their biggest case yet when a priceless artifact belonging to superstar Songbird Serenade is stolen!
Read more
includes tax, if applicable 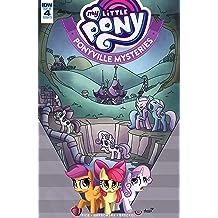 My Little Pony: Ponyville Mysteries #4 29/08/2018
by Christina Rice, Agnes Garbowska
( 2 )
$3.29
The Cutie Mark Crusaders are trying to solve the case of the missing spa water! But what happens when all signs point to a member of a Crusader’s own family being the culprit?
Read more
includes tax, if applicable 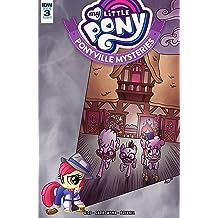 My Little Pony: Ponyville Mysteries #3 18/07/2018
by Christina Rice, Agnes Garbowska
( 2 )
$3.29
The Cutie Mark Crusaders must solve a dangerous mystery at the Ponyville Retirement Village before it’s forced to close! Is one of the curmudgeonly residents to blame or could it be a villain from their past?
Read more
includes tax, if applicable 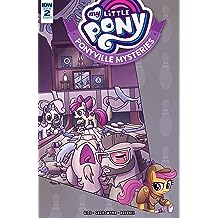 My Little Pony: Ponyville Mysteries #2 20/06/2018
by Christina Rice, Agnes Garbowska
( 3 )
$3.29
There’s a major mystery at the… bowling alley? Ponyville’s team is set to break a bowling record, but the alley keeps being ransacked by a mystery criminal! Will the Cutie Mark Crusaders be able to set the pins right and solve the caper?
Read more
includes tax, if applicable
Back to top
Get to Know Us
Make Money with Us
Let Us Help You
And don't forget:
© 1996-2021, Amazon.com, Inc. or its affiliates