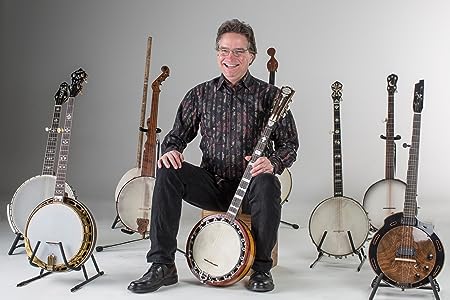 Bill Evans is an internationally known five-string banjo life force. As a performer, teacher, writer, scholar and composer, he brings a deep knowledge, intense virtuosity and contagious passion to all things banjo, with thousands of music fans and banjo students from all over the world in a career that spans over thirty-five years.

In Bill's solo concert presentation "The Banjo in America," he presents the music from his three chart topping CDs but also much more: Bill takes the listener on a musical adventure, following the banjo from its West African roots to the New World, performing musical examples from the 1700’s to the present day on vintage instruments. From an 18th century African dance tune to the music of the Civil War, and from early 20th century ragtime to folk and bluegrass banjo styles to Bill’s own incredible original music, "The Banjo in America" illuminates as well as entertains, exposing audiences to over 250 years of banjo music.

Bill also performs with flatpicking guitar legend Dan Crary and singer-songwriter Steve Spurgin in the trio Crary, Evans & Spurgin. Look for them at a bluegrass or folk festival or concert series near you!

Bill is the author of the best selling banjo instruction books "Banjo For Dummies," "Bluegrass Banjo For Dummies" and "Parking Lot Picker's Songbook: Banjo Edition." He also hosts six instructional DVD projects for AcuTab, Homespun and the Murphy Method. Bill has appeared on A Prairie Home Companion with Garrison Keillor and performed with the San Francisco Symphony. In addition, he has toured with acoustic luminaries David Grisman, Peter Rowan, John Reischman, and Tony Trischka, among many others. Bill’s annual California Banjo Extravaganza concerts have attracted sell out crowds in throughout northern California and received standing ovations.

Bill’s 2012 CD "In Good Company" features over 26 musicians, including the Infamous Stringdusters, Tim O’Brien, and Joy Kills Sorrow performing Bill’s innovative compositions that blend jazz, classical, folk and world music influences. This release topped the Roots Music Report/Cashbox Folk and Bluegrass Charts and was named to many Best Of lists.

You can learn more about Bill by visiting www.billevansbanjo.com.

Watch video performances from The Banjo in America by linking to Bill’s YouTube channel: http://www.youtube.com/user/BillEvansBanjo

A Fretboard Journal video: Bill Evans Tells The History of the Banjo in 14 Minutes: https://vimeo.com/52518992

What folks are saying about Bill Evans:

“Bill Evans does for the five-string banjo what Van Gogh did for colour…treats it in a different way and then shares it with you. And his recent release ‘In Good Company’ is a virtuoso master class in exploring bluegrass from the tradition to the far edges of alternative.” Tom Franks, FolkWords

“Not content to regurgitate a rehash of banjo clichés, Evans walks out on the limb and takes control of the entire tree.” Pete Kuykendall, Bluegrass Unlimited

“It’s one thing to be a strong progressive banjo player, another to excel at the traditional end of the spectrum. To be able to add an indelible mark to the whole history of the instruments is getting ridiculous. High kudos to Bill Evans.” Tony Trischka

“The banjoist has a world view shared by a precious few. It shows in the breadth of this own bluegrass playing and, especially, through his composing. Evans infuses his work with hints of jazz, classic and music of other realms, all fitting snuggly into his conception of the bluegrass sound.” –David Royko, The Chicago Tribune

“One of the best banjo pickers on the planet.” Mark Wittington, San Jose Mercury News. 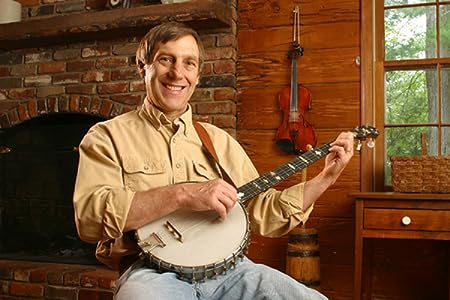 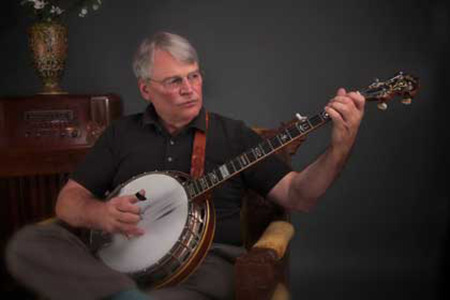 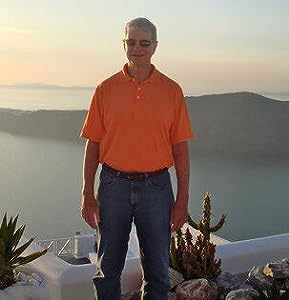 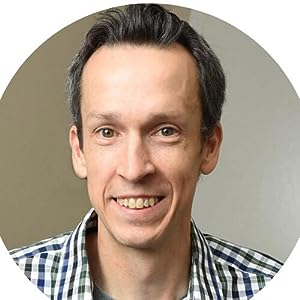 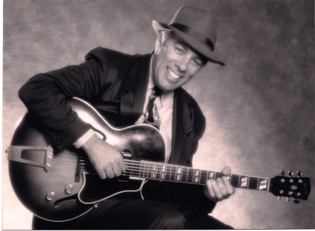 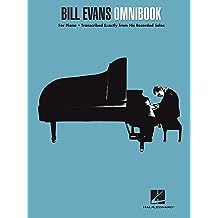 Bill Evans Omnibook for Piano 01/01/2020
by Bill Evans
( 215 )
$23.74
(Jazz Transcriptions). The ultimate collection for jazz keyboardists to learn 40 Evans classics with exact note-for-note transcriptions. Includes: Alice in Wonderland * Autumn Leaves * Bill's Hit Tune * Blue in Green * Days of Wine and Roses * Emily * Everything Happens to Me * Five * For Nenette * How About You? * How My Heart Sings * I Loves You, Porgy * It Could Happen to You * Just You, Just Me * Letter to Evan * My Foolish Heart * My Funny Valentine * My Romance * Nardis * Night and Day * One for Helen * Peace Piece * Peri's Scope * Quiet Now * Re: Person I Knew * Skating in Central Park * A Sleepin' Bee * Some Other Time * Stella by Starlight * Song from M*A*S*H (Suicide Is Painless) * 34 Skidoo * Time Remembered * The Touch of Your Lips * Turn Out the Stars * Very Early * Waltz for Debby * What Kind of Fool Am I? * Who Can I Turn to (When Nobody Needs Me) * You Go to My Head * You Must Believe in Spring * and more.
Read more
Other Formats:: Paperback
includes tax, if applicable 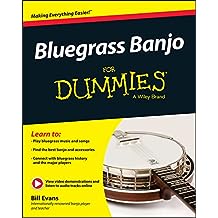 Start picking the five-string banjo like a pro with this definitive guide to bluegrass banjo!

Whether you’re an absolute beginner or an experienced player, Bluegrass Banjo For Dummies gets you started off the right way and is your road map for mastering today’s most popular traditional and contemporary banjo picking styles. Online audio and video clips combine with the book’s clear step-by-step instructions to provide the most complete – and fun - banjo instruction experience available anywhere!

Bluegrass banjo has never been more popular and is heard today not only in country and folk music, but in jazz, rock and country styles. Bluegrass Banjo For Dummies provides everything you need to know to play just about any kind of music on the five-string banjo by getting you started with the roll patterns essential to Scruggs style picking. You’ll then add left-hand techniques such as slides, hammer-ons and pull-offs, play great sounding licks and perform classic tunes like “Cripple Creek” and “Old Joe Clark.” You’ll navigate up the neck on the instrument as well as learn the essential skills you need to play with others in jam sessions and in bands. You’ll even tackle contemporary banjo styles using melodic and single-string scales and picking techniques.

Bill Evans is one of the world’s most popular banjo players and teachers, with over forty years of professional experience. In Bluegrass Banjo For Dummies, he shares the tips, secrets and shortcuts that have helped thousands of musicians, including many of today’s top young professionals, to become great banjo players. 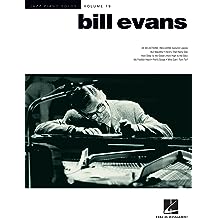 Bill Evans Songbook: Jazz Piano Solos Series Volume 19 (Jazz Piano Solos (Numbered)) 01/12/2011
by Bill Evans, Brent Edstrom
( 109 )
$14.24
(Piano Solo Personality). 24 essential Evans standards arranged for piano solo, including: Alice in Wonderland * Autumn Leaves * But Beautiful * Everything Happens to Me * Here's That Rainy Day * How Deep Is the Ocean (How High Is the Sky) * In a Sentimental Mood * My Foolish Heart * Night and Day * Some Day My Prince Will Come * Suicide Is Painless (Song from M*A*S*H) * Witchcraft * and more.
Read more
Other Formats:: Paperback
includes tax, if applicable 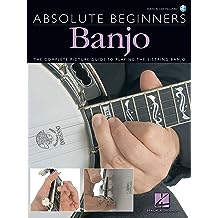 Absolute Beginners Banjo: The Complete Picture Guide to Playing the Banjo 01/08/2006
by Bill Evans
( 503 )
$17.76
(Music Sales America). The Absolute Beginners award-winning method has been designed to make learning the 5-string banjo easier than ever before! Step-by-step pictures take you from first day exercises to playing your first complete songs. Absolute Beginners Banjo gives you: An 'owner's manual' approach to the banjo; Practical advice and tips covering everything you need to know about setting up, playing and maintenance; A look-and-learn course that uses clear pictures to illustrate every step of learning; audio tracks to let you hear how things should sound, plus full-length accompaniments so you can play along!
Read more
Other Formats:: Paperback
includes tax, if applicable 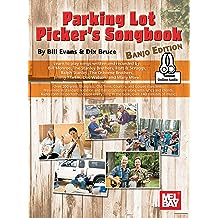 Parking Lot Picker's Songbook - Banjo 30/04/2018
by Dix Bruce
( 55 )
$39.56
A collection of over 200 great bluegrass, old time, country and gospel standards. Melodies are presented with standard notation and tablature along with lyrics and chords.

Learn to play songs written and recorded by the giants of traditional American music: Bill Monroe, The Stanley Brothers, Flatt & Scruggs, Ralph Stanley, The Osborne Brothers, Jimmy Martin, Doc Watson and many more. Also included: step-by-step instruction on how to transpose any song to any key!

The online audio includes recordings of EVERY song in the book with Bill Evans on banjo and vocals, Dix Bruce on guitar, mandolin, and vocals.
Read more
Other Formats:: Paperback , Spiral-bound
includes tax, if applicable 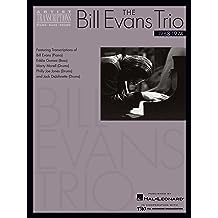 The Bill Evans Trio - Volume 3 (1968-1974) Songbook: Artist Transcriptions (Piano * Bass * Drums) 01/11/2003
by Bill Evans
( 7 )
$30.80
(Artist Transcriptions). Note-for-note transcriptions for piano, bass and drums of eight great jazz tunes interpreted by these master musicians: Alfie * Emily * Funkallero * 'Round Midnight * A Sleepin' Bee * Some Day My Prince Will Come * The Touch of Your Lips * Who Can I Turn To (When Nobody Needs Me).
Read more
Other Formats:: Paperback
includes tax, if applicable 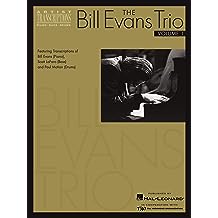 The Bill Evans Trio - Volume 1 (1959-1961) Artist Transcriptions: Featuring Transcriptions of Bill Evans (Piano), Scott LaFaro (Bass) and Paul Motian (Drums) 01/04/2003
by Bill Evans
( 21 )
$27.72
(Artist Transcriptions). Note-for-note piano, bass and drum transcriptions of eight great tunes performed by the formidable trio of Bill Evans, Scott LaFaro and Paul Motian. Includes: Alice in Wonderland * Autumn Leaves (Les Feuilles Mortes) * How Deep Is the Ocean (How High Is the Sky) * Nardis * Peri's Scope * Solar * Waltz for Debby * When I Fall in Love.
Read more
Other Formats:: Paperback
includes tax, if applicable
Back to top
Get to Know Us
Make Money with Us
Let Us Help You
And don't forget:
© 1996-2021, Amazon.com, Inc. or its affiliates